Share All sharing options for: Rumor: Judah on Calzaghe-Jones undercard? 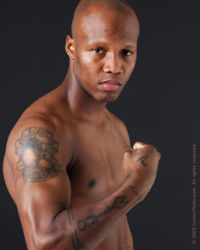 BoxingScene.com has been informed that Zab Judah, who is reportedly planning to return to action at 140 pounds, may be close to a deal with Roy Jones' Square Ring Promotions, and may find himself fighting on November 8th on the undercard of Calzaghe-Jones.

Should Judah fight on the undercard, I can't imagine he'll be in against anyone of any real note, given that there is less than a month to go. Square Ring also promotes Frankie Figueroa and Dmitriy Salita. Salita is slated to face Willie Limond on November 8.

For what it's worth (often not much), BoxRec.com has Judah facing 28-year old Ashley Theophane (22-3-1, 7 KO), who is coming off of a decision win over Chop-Chop Corley.

Saying that Calzaghe and Jones in promotional roles haven't been able to line up the most enticing undercard would be a massive understatement. When a Judah-can fight is the most interesting thing going, there are problems. Salita-Limond is a matchup of two second-rate fighters with little real future.

To be brutally honest, it's a horrible show for 50 bones. Calzaghe-Jones has a little bit of intrigue, but there's nothing else.

As much as I like Zab's decision to return to 140 pounds, it's no sure bet to think he'll have any great success. He's probably looking to land a money fight with Ricky Hatton, but that won't be easy. Hatton wants to fight Oscar or Pacquiao, and has a tough one against Paulie Malignaggi lined up. He also doesn't seem intent on sticking around a whole lot longer, though that of course frequently changes with fighters. If it makes dollars, it makes sense.

Zab did weigh in at just 143 for his last fight, a loss to Joshua Clottey, and weight shouldn't be an issue. But he's 30 and fights older than that, and truth is he was probably always a little overrated. He has yet to recover, really, from his 2006 loss to Carlos Baldomir. Since that fight, he's gone 2-3 with a no-contest, beating Ryan Davis and Edwin Vazquez.

Still, I like his chances at 140 more than I do 147, and any chance to inject some non-Hatton life into the junior welterweight division would be welcome.