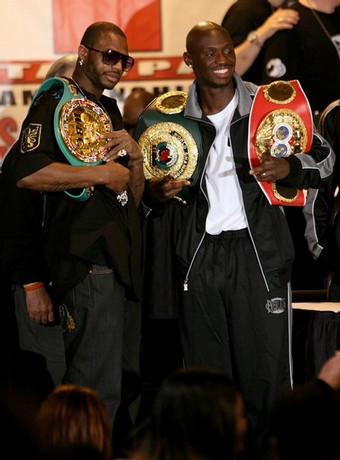 OK, so tomorrow night's IBF light heavyweight title fight between Antonio Tarver (27-4, 19 KO) and Chad Dawson (26-0, 17 KO) isn't, as Showtime has put it, "the most anticipated fight of the year."

So maybe it's not even close. Maybe, like me, the network claiming as such digs under your skin, if only because of their ongoing and increasingly absurd love affair with network headliner Tarver, a rapidly-aging 39-year old man who hits the magic four-oh in about a month and a half. A "champion" whose career accomplishments are alarmingly thin for a man who makes claim for a Hall of Fame case. A man who is a legend in his own mind.

But to Showtime's credit, this fight has been in the making, at least in their minds (and Chad Dawson's) since the middle of 2007. Only Tarver, it appears, has held it up this long.

When Dawson dominated Tomasz Adamek to win the WBC light heavyweight title in February 2007, Showtime knew they had a young star on their hands, a guy who would no doubt love to keep representing the company in its ongoing war with rival network HBO.

They wanted to make a big light heavyweight fight: Tarver, the old pro, against Dawson, the rising star. They booked a show with Tarver in the main event against club fighter Elvir Muriqi, with Dawson defending against unimpressive challenger Jesus Ruiz on the undercard. Right then, Tarver-Dawson was the goal.

Did it come next? Of course not. Dawson fought Epi Mendoza in September, and Tarver skirted his way out of a fight with Danny Green in December, fighting another club fighter, Danny Santiago, instead.

Did it come after those fights? Of course not. Instead, Showtime lined up a nice night of the light heavyweights, with Dawson facing former Tarver foe Glen Johnson (a close fight that Dawson won on the cards), and Tarver blowing out a disinterested-seeming Clinton Woods. But it's not Tarver's fault that Woods barely fought back -- he did his job that night, and I'm not trying to say otherwise.

Now, it's here. The 39-year old Tarver, the 26-year old Dawson, one-on-one, tomorrow night, live from the Palms in Vegas, on Showtime. It's the fight Dawson has been wanting for over a year -- it's the fight Tarver, it seems, has been forced to accept or face ridicule.

Maybe that doesn't sound like a fair observation to you, but to me, Tarver has earned all doubts I could throw his way. 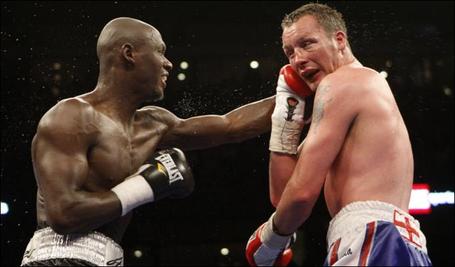 But I'll never doubt Tarver's in-ring intelligence. The man is crafty, knows the game, and presents a tough matchup if only because of his southpaw stance. Dawson's also a southpaw, but we've all heard enough times that southpaws don't like fighting each other any more than righties like to square up with them.

Tarver is clearly in the final chapter of his career, a career that probably could have been a lot more than it really is when you get down to the facts of it all. He beat Glen Johnson, but he also lost to Glen Johnson. He definitely had Roy Jones' number. He was blown out by Bernard Hopkins, and since then, only Woods has been a quality win, and I again handicap that one a bit because of how awful Woods looked, and how much he seemed to not care that he was even in there.

But "The Magic Man" is not a fool, and he'll use every trick he can fit up his sleeve to combat the younger, faster, fresher Dawson. Tarver is not an old 39 in one sense: he's not beaten up by a litany of great ring wars. Though Father Time has slowed him in many senses and taken some of his punching power, he's relatively unscarred by his career.

It's also worth noting that Tarver is an egomaniac. This isn't really a knock; rather, it's a way of describing what he's fighting for tomorrow night, aside from titles and money and the fact that fighting is his job. Should Tarver beat Dawson, considered by most to be the 175-pound division's future, ready to take over with the old guard going out, he will have a lot more fuel to add to his Hall of Fame fire.

Simply put, Tarver wants to go down as one of the greats, and unlike you or me, has the chance to do just that still. A win over Dawson would make the wins over Muriqi and Santiago in underwhelming fights easy to put out of focus; after all, he's never had a bad loss, besides the one he avenged against Eric Harding, and past Hopkins, he's come back to beat every man that beat him. 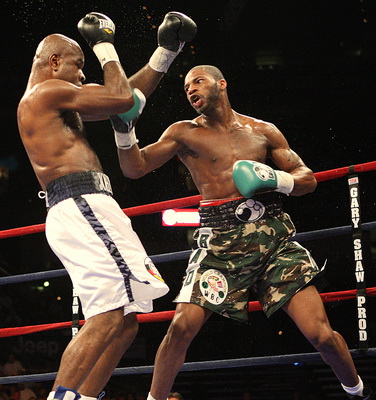 For Dawson, it's a chance to prove his place among the division's elite. He doesn't get enough credit for the way he blew out Tomasz Adamek in February '07, because that was an extremely impressive performance and put him on the map for major fights.

He also gets overly criticized, I think, for his tough decision win over Glen Johnson, a fight I had scored a draw. Since when does struggling to beat Johnson harm anyone's reputation? Johnson remains one of the best in the division; if he were fighting Tarver, I'd take Johnson without thinking twice. His relentless style and rock-solid chin (he's been knocked out once in 61 professional fights) makes him a tough win for anyone.

Dawson is strong, dynamic, quick, and charismatic. He's proven an ability to go verbal smack-for-verbal smack with the sharp-tongued Tarver. Now, should he beat Tarver, he'll be firmly implanted as the division's No. 2 man, behind only Joe Calzaghe. And at that point, you have to start giving Dawson serious top 20, maybe top 15 pound-for-pound consideration, too.

Make no mistake -- as it stands right now, Chad Dawson is the long-term hope at 175. I expect that in time, Kelly Pavlik will join him in the light heavyweight ranks, but for the moment, a quick scan of the division's best reveals only Dawson under the age of 30. Calzaghe (36), Hopkins (43), Johnson (39), Tarver (39), Jones (39) -- these are the big names best known to the public. WBO titlist Zsolt Erdei is 34 and barely fights real competition, anyway. Tavoris Cloud is 26 and rising, but not yet in the company of these men.

It's up to Dawson to lead the light heavyweight division into the next phase of its existence. A win over Tarver not only goes a long way in making that happen, but it also means that every other big name in the division will be forced to consider him as an opponent if they want to be seen as fighting the best in the world.

As much as you think I might be clearly favoring Chad Dawson, don't mistake my fan dislike of Antonio Tarver for a disrespect. He'll give Dawson trouble. He'll press Dawson. He'll test him. And he'll be one of the three best fighters Dawson has faced to date.

But in the end, I expect the aforementioned Father Time to play a key role in the outcome of this bout. Though Dawson looked weary down the stretch against the active, tireless Johnson, we're talking about a totally different opponent in Tarver. Dawson will not be backed against the wall the way Johnson put him; he won't exhaust so much energy on the defense, or getting hit with so many shots. Tarver will want to counter-punch. Does Tarver have the reflexes and the legs to go 12 rounds with a quicker-fisted fighter?

No matter how you slice it, it's a hell of an intriguing fight.