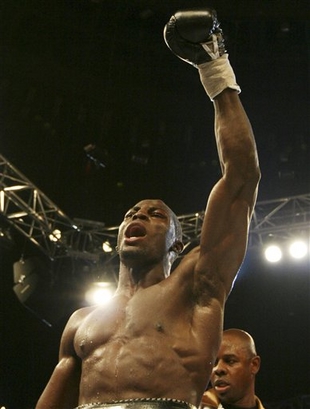 Main Events has announced that a cruiserweight title match between IBF titlist Steve Cunningham and Tomasz Adamek will take place at the Prudential Center in Newark, N.J., on December 11. Dan Rafael has previously noted in weekly chats that the Versus Network made an offer for the fight, but nothing has been announced officially yet for American TV. I would expect Vs. to land the bout, though.

Cunningham (21-1, 11 KO) is regarded by most as the world's top cruiserweight with David Haye leaving the division, and he should face a stiff challenge from former light heavyweight titleholder Adamek (35-1, 24 KO). Adamek has won four straight since jumping to cruiserweight, including a dominant victory over former champion O'Neil Bell in April. Adamek left the 175-pound division when he was overwhelmed by Chad Dawson in 2007.

Cunningham's lone career loss was a disputed bout against Krzysztof Wlodarczyk in 2006, featuring some of the strangest scores you'll ever see (119-109 for Cunningham, but then 115-113 and 116-112 for Wlodarczyk). Cunningham avenged that loss and took Wlodarczyk's title in May 2007. In his first defense, he knocked out Marco Huck in the 12th round last December, meaning he'll have been out of the ring for a year when he steps in against Adamek.

I like the fight for a number of reasons. One, it would be great to get to see Cunningham on American TV, which has been few and far between in his career. Adamek, too, honestly -- he's a likable sort in all respects, even if he's stopped trying to war and gone back to a more amateur style of boxing.

It'll be a good fight. Here's hoping Versus grabs it.

Speaking of Versus and cruiserweights, Dan Rafael has the lineup for the new season of "The Contender," which is heading to its third network this December. 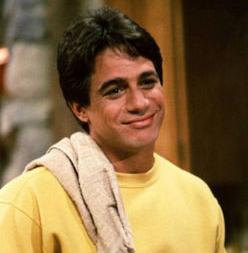 Sugar Ray Leonard will no longer host the series -- no, no. Too big for the Versus Network, ol' Sugar Ray. Instead, amateur boxer-turned-"actor" Tony Danza is in.

Past "Contender" winners have been Sergio Mora, who went on to win a junior middleweight title (before getting creamed by Vernon Forrest in their rematch); Grady Brewer, who has been out of the ring forever and is looking to a comeback; and Sakio Bika, who has done nothing with the series victory and the great championship fight he had with Jaidon Codrington. Other "Contender" alums include Steve Forbes, Alfonso Gomez, Peter Manfredo Jr., Cornelius Bundrage, and Brian Vera.

This year's class will be headlined by fan favorite KO artist Darnell "Ding-a-Ling Man" Wilson (23-7-3, 20 KO), a guy who at one point was 18-5-3 and set up to be a sacrificial lamb for Daniel Judah. Instead, Wilson knocked Judah out, then dropped Dale Brown, Kelvin Davis and Emmanuel Nwodo in spectacular fashion. He has lost two of three, being easily outboxed by BJ Flores and Firat Arslan.

All in all, not a bad lineup. I'll go on record and bet on Cora, with Wilson getting beaten earlier than expected. Darnell's a hoot, but the man cannot box to save his life.