Bute and Andrade present the future at 168

Share All sharing options for: Bute and Andrade present the future at 168 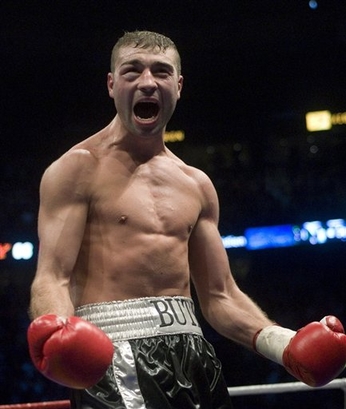 When Showtime made a deal to televise this Friday's IBF super middleweight title clash between Lucian Bute and Librado Andrade, diehard American boxing fans rejoiced, or at least they should have.

The fight, pitting titlist Bute and second-time 168-pound title challenger Librado Andrade, promises to be action-filled, and is an important clash in what has become an all-too-forgettable division since the departure of long-time champion Joe Calzaghe.

Bute (22-0, 18 KO) is part of the division's present and its future. At 28, he's only been a pro for five years, and he's beaten everyone in front of him. Still, though Bute is a big draw at the Bell Centre in his adopted hometown of Montreal, the Romanian "Le Tombeur" ("The Ladykiller") has yet to score a win that has made him known to many American fans.

It's not to say that this fight against Andrade will make him a household name, but it is, in all honesty, the biggest fight of his career. He did beat "Contender" season three champion Sakio Bika in June 2007, following that up with a win over highlight reel slugger/knockout victim Alejandro Berrio in October, gaining Berrio's IBF super middleweight title with an electric 11th round TKO. His first defense came in February of this year, as he dropped an ancient William Joppy in the 10th.

Can he knock out the 30-year old Andrade? Can anyone?

Bute can punch, and he can box. He's a skilled fighter and appears to have the natural tools to outclass Andrade, much the way Mikkel Kessler did in 2007, when he shut Andrade out over 12 brutal rounds of one-sided, non-stop action.

But Andrade is a machine. He may have the best chin in boxing, and that's not hyperbole. 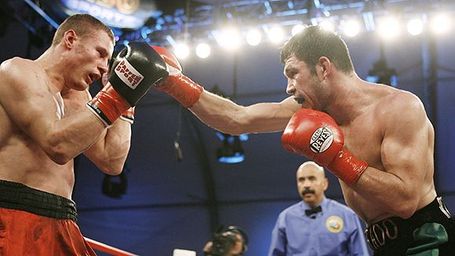 To watch Andrade (27-1, 21 KO) take punishment is to marvel at his ability to do so. He absorbs powerful shots without so much as a stumble. While he was knocked down against Yusaf Mack in an entertaining brawl last year, it came on a true haymaker, a shot that shouldn't have landed but caught Andrade punching and off-guard. He shook it off as if nothing had happened, and came back to stop Mack in the seventh.

He followed that war with a back-and-forth slugfest against Robert Stieglitz in an eliminator underneath Casamayor-Katsidis this past March. Andrade and Stieglitz traded momentum, but it was Andrade who was able to keep the punishment coming and best able to withstand that coming back at him from his opponent, and Stieglitz was stopped in the eighth round.

Not only is Andrade double-tough, which was apparently enough when Mikkel Kessler savagely beat on him but couldn't so much as knock him down, but he's an all-action offensive fighter, to boot. Andrade has never met an exchange he didn't want to turn into all-out warfare. He's never met an opponent he felt could hang with him if he pressed it back-and-forth.

In short, he's a one-speed fighter: straight ahead, hard and fast.

The one time we've seen Andrade beaten, it was a thorough and decisive loss, but at the end of the night, no matter how impressed you were with Mikkel Kessler, there was no doubt that Andrade impressed in his own way. His ability to roll his head with punches meant that he took 36 minutes of hard punches and came out of it looking fresh and nearly untouched. He didn't bleed, he didn't swell, he didn't bruise. Is he a robot?

If Bute is truly the class of fighter we know Kessler to be, he should be able to put on a similar performance. Andrade, for all his strengths, is flawed in crucial areas. He doesn't have great hand speed, he doesn't have one-punch power, and he doesn't move his head, period. Andrade is perfectly happy to get hit, knowing he can take the shot, hoping to land back in volumes.

On paper, this looks like the most exciting fight on the docket right now. And while it's not nearly as big as Oscar-Manny or Joe-Roy, you can bet that the great fans at the Bell Centre will make it feel as though it is. One of boxing's best cities will get a fight worth cheering for, and we'll be here with live, round-by-round coverage and scoring on Friday night. We hope you'll join us for what promises to be a slugfest, for as long as it lasts.