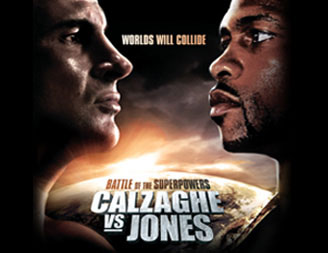 I've never done something like this before, but I'm bored, I'm going to watch every episode, and why not? That's mostly the point. Why not?

Here's how it works: I watch live, and type thoughts as I watch. Why not!

8:31: It's great to remember back when Roy Jones was unbelievable.

8:33: Enzo calling Joe the "pound-for-pound greatest boxer ever." Maybe that'll make more sense in context, because, like, come on.

8:36: Going over Calzaghe's destruction of Lacy, and his wins over Kessler and Hopkins.

8:38: Roy sitting in a barn. Now I identify with him! Calzaghe's interview portions appear to be in a castle of some sort. I have never been in a castle, but I have been in a barn.

8:40: I'll never get over watching Glen Johnson clobber Roy Jones, just hammer him down with ruthless precision. Made him look like a bum. Big wins or not (they're not, and that counts the Trinidad win people try to believe in), it's a big deal that he even came back from those knockouts to Johnson and Tarver.

8:41: "Got the Life" by Korn? Really? REALLY? I mean, it's probably Korn's best song, but that's like winning the award for best broken leg. Kelly Pavlik would disagree.

8:45: After watching the Calzaghes pretend to argue during a morning run, we get to watch Alton Merkinson shoot a gun. That means we're back in America, because we all shoot guns at each other.

8:46: Roy and Merk discuss archery, and Merk shoots arrows at a box. Are you yet convinced of their country nature? Can we just play Nappy Roots songs over every single Jones/Merk scene?

8:47: A shot of 350-pound Gabe Brown working out. Well, working out might be an exaggeration. Gabe will fight on the undercard. That's how strapped for an undercard they are. Everybody Roy's ever met gets 4-to-6 rounds if they ask. Gabe hasn't won a fight since 2005, by the way.

8:51: "Every fighter needs a good woman. ... Because we are a pain in the ass to be around." Then Joe's girlfriend relates an interest in strangling her man, while preparing dinner in those sweatpants that say PINK on the ass, with a peace sign in gold glitter on the front of the leg.

8:52: Calzaghe's son plays Guitar Hero because Joe is too cheap to spring for Rock Band. (It might've actually been Rock Band.)

8:54: I think Roy is attempting to freestyle. As usual, he sucks at rapping.

The show is over. We'll do this again next week, because it's really easy!