Share All sharing options for: Money Talks: Odds on Taylor-Lacy and Haye-Barrett 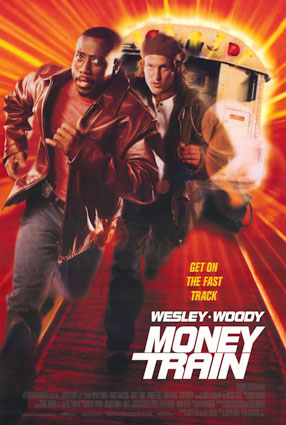 As always, odds are taken from the book over at Bodog.

The heavyweight re-debut, if you will, of David Haye in London today against Monte Barrett sees Haye as a pretty heavy favorite. Haye is a -600 bet, with the 37-year old Barrett at +400.

I still say the chance that Haye is caught cold by Barrett early on is very real, and that makes Haye a dicey bet. But it's the only thing, really; Haye is younger, faster, has underrated technique, and can really bomb. I don't think his power will have any real trouble moving up from cruiser; it's his chin that people are worrying about.

We saw Monte Barrett bomb out big, dopey Tye Fields in the first round earlier this year. I don't mean to compare Haye to Fields, but Fields is a huge guy and Barrett got him out of there fast. He chopped down the tree. I expect Monte to come out fast and hard and test Haye's chin quickly, or at least try to.

In Nasvhille, Jermain Taylor (-550) is the heavy favorite against old pal and current foe Jeff Lacy (+350). This should be no surprise. Lacy has essentially been absent from the public eye since losing to Calzaghe in such glorious, reputation-killing fashion. The biggest fight he's had since was his dull decision win over Manfredo on the Mayweather-Hatton card. Taylor, despite two straight losses and a 2-2-1 record in his last five, has been among the living, so to speak.

I think Taylor is a very, very solid bet for that money. Frankly, I really don't see Lacy winning this past the worst night of Taylor's career, by far the best of Lacy's, or a home run shot that knocks Taylor cold. You can try to talk this up as competitive, but boxing writers tried to talk Calzaghe-Jones up as competitive and not to toot my own horn, but I never gave Roy a shot to beat Joe, and thought folks who did were butt crazy.

On the untelevised Nashville undercard:

Cintron hits too hard and N'dou doesn't hit hard enough. N'dou is crafty, likes to fight inside, and if he can really get in there and work on Kermit, we've certainly seen Cintron fold before from tough shots. But Kermit is a big welterweight, and N'dou will likely be kept on the bad end of long right hands. I see Cintron doing his thing and scoring a middle rounds TKO. N'dou is going to get beaten up.

Psh, who knows? Witherspoon got thumped by Chris Arreola last time out, and he and Richards have both beaten the same level of non-competition. This fight is most notable because of Richards' tremendous nickname, "The Swamp Donkey." Fantastic. Neither of these guys, frankly, are on their way to serious contention.