If Paulie wins, who's in line?

Share All sharing options for: If Paulie wins, who's in line? 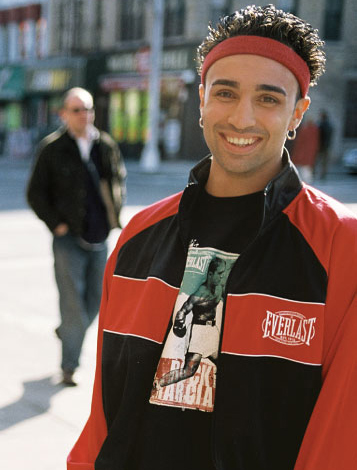 Say what you will about Paulie Malignaggi, but he's a tough dude. The beating he took from Miguel Cotto somehow saw him last all 12 rounds, and he's overcome an amount of hand injuries that would force many to retire.

He can be obnoxious. You can write him off as a pretty boy. But he's also a straight shooter, knows when he's underperformed, and doesn't cast himself as the second coming. In his own way, he is quite the realist.

He's also got a shot on Saturday night to become the legitimate junior welterweight champion of the world if he can upset Ricky Hatton in Las Vegas.

While Hatton's biggest fans and Malignaggi's biggest detractors may point to his lack of any punching power, his frequent injuries, and his marginally soft record, which is devoid of any truly "big" wins. He also has been spotty in recent performances; since the Cotto loss, he's 4-0, including two genuine outclassings against Edner Cherry and Lovemore N'dou. He arguably won 22 straight rounds in those fights.

But his January win over Herman Ngoudjo didn't come easy, and his May rematch with N'dou in Manchester was seriously rough, as Malignaggi's ridiculous hair extensions may have caused him to give some rounds away before his corner got fed up and cut them off. And even without the stupid hair mistake, Paulie simply didn't have his best night.

But the win, coupled with Hatton's victory over Juan Lazcano in the main event that same night, set it up. Hatton (44-1, 31 KO) would face Malignaggi (25-1, 5 KO) for Hatton's Ring Magazine championship.

Ricky has reigned as world champion since 2005, when he forced Kostya Tszyu into retirement after 11 rough rounds, defending against Carlos Maussa, Juan Urango, a faded Jose Luis Castillo, and Lazcano. He also went 1-1 in two attempts to move up to welterweight, scoring a tight win over Luis Collazo and being knocked out by Floyd Mayweather last December.

Let's say Paulie, 27, beats Ricky, 30. Hatton is working without Billy Graham for the first time, he's had even more trouble cutting weight than usual by all accounts, and the way he and new trainer Floyd Mayweather, Sr., are talking in the press, that relationship just may not work out (that'd be a shocker).

Malignaggi has a shot, and if he wins, he's the real world champion at 140 pounds. Who would that put in line? Hatton says if he loses to Malignaggi, he'll have to think about retiring. So let's assume no rematch. Who are Paulie's potential suitors? 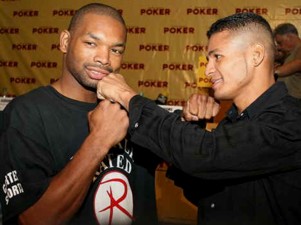 The winner of Holt-Torres III

Holt (24-2, 13 KO) and Torres (32-2, 28 KO) will meet for a third time on December 13 in Atlantic City. While their trilogy won't quite join the ranks of Vazquez-Marquez or Barrera-Morales, they've had two wildly compelling fights. The first time, bad officiating and a bad environment on a poorly-run show in Torres' home country, Colombia, led to a Torres win in a controversial fight.

When Holt appealed, he was at first shot down, but he got his rematch 10 months later. Torres had stayed out of the ring that entire time; Holt had taken a stay-busy fight that turned out tougher than he hoped for against veteran Ben Tackie. But their one-round rematch saw Holt floored twice before knocking Torres cold after a right hand...which was preceded by a nasty incidental headbutt.

Holt is the slicker boxer, but Torres' power is among the sport's best pound-for-pound. Either would present a nice matchup for Malignaggi, or Hatton for that matter.

The 25-year old WBC titlist scored a stunning upset over Junior Witter on the road in May, chopping down longtime Hatton hater Witter's chances at ever facing "The Hitman," which was a fight many wanted to see for years. The most interesting thing going on right now in the division past Malignaggi centers on Bradley, Torres and Holt. The Holt-Torres winner is likely to face Bradley after that, with Bradley giving up his WBC strap to go after the big fight and the WBO belt. But if Paulie wins, I think the game changes for everyone. Hatton isn't going to fight any of these guys -- if he wins, he'll look for the Oscar-Manny winner. Paulie's not in that position.

Former Malignaggi challenger Herman Ngoudjo will fight Juan Urango for the IBF belt that Paulie vacated in order to fight Hatton. The IBF had ordered Malignaggi to face Ngoudjo, their mandatory, but he passed to go for the money, which any sane boxer would have done. Urango is a past Hatton victim and is probably simply too slow for Paulie. The fact is, Malignaggi-Urango isn't marketable, period, and Malignaggi-Ngoudjo II won't be what Paulie's looking to make happen. He knows with his right hand that his time in boxing is limited; he'll want to make the big money.

Judah (37-6, 25 KO) would be a wonderful matchup for Malignaggi. The two Brooklyn natives could do a house in the Big Apple, and any network would be interested. Judah plans to return to 140, where he belongs. Zab can still fight, but he was again unimpressive in routing a tremendously overmatched Ernest Johnson on the horrific Calzaghe-Jones undercard. The last impressive performance Zab has had was a brutal loss to Miguel Cotto. And before that? Cosme Rivera? The TKO win over Cory Spinks?

Still, Zab's hand speed remains top notch, and the weight drop would likely suit him well. It's not like Paulie is going to back him down or push him around. Of all the potentials, this is the one I like most. Frankly if Hatton wins and couldn't land a Pacquiao or Oscar fight, Hatton-Judah at 140 sounds good to me.

It's all no guarantee, of course. Hatton still bullies with the best of them, Paulie's hand is still made of fiberglass, and Ricky's been in these big fights before. Still, it's fun to consider what would be a genuine changing of the guard at 140 pounds.