Share All sharing options for: Margarito-Mosley off; Mosley-Berto possible for Jan. 24 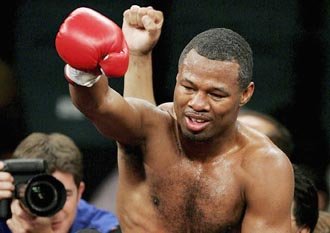 CRAZEDANG touched on it in this FanPost, and the word is in: WBA welterweight titlist Antonio Margarito has officially passed on a January 24 defense against Shane Mosley, according to the Los Angeles Times.

This has a lot of domino potential, really, both in fights being made or not made, and in terms of perception. Let's start with perception before we move on to what might go down as a result of Margarito-Mosley falling through.

Antonio Margarito is the man at 147 right now, but this is the second time since beating Miguel Cotto that I think we can legitimately and rightly question exactly where his heart and guts might truly lie. For years, Bob Arum did a phenomenal job of casting Margarito as the most feared man in boxing. They offered Floyd Mayweather a cool $8 million, and Floyd turned it down, taking a fight with lineal welterweight champion Carlos Baldomir for a big payday instead. Floyd had his reasons; Margarito, though, could claim fear on the part of the "Pretty Boy."

But when he had a chance post-Cotto to fight Paul Williams and avenge that loss, Margarito turned down a $4 million offer, which was absolutely the best he was going to be getting. By turning down the Mosley fight after claiming Sugar Shane was scared of him, Margarito has infuriated Golden Boy CEO Richard Schaefer, who had this to say:

Margarito should shut up and not call out people anymore after this, when they accept and then he chickens out," Schaefer said. "Margarito says he's the most feared fighter in the world. Well, he's now lost that title.

And that's kind of where I'm at right now. It's that that Margarito-Mosley was some must-have fight, but Shane agreed to it, all the pieces were in place, HBO was ready to roll for January, and now Margarito has decided that a world-ranked contender with a great reputation and name value, coming off of a win, is not a good enough fight.

"Part of their thinking, I'm sure, is that the Cotto fight did good numbers [more than 450,000 pay-per-view buys] and that's the fight they want, more than a guy that Cotto beat," duBoef said. "Shane Mosley was a big name seven years ago, but they weighed the consequences and decided it was onward and upward."

If this were the case, the Margarito camp does realize that this is not the economy it was in July, don't they? 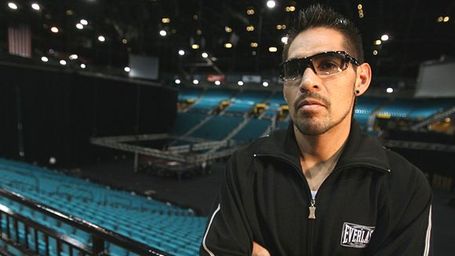 Cotto-Margarito did great numbers at a little over 450K, which if I'm remembering correctly, currently puts it at No. 2 for the boxing year, behind Jones-Trinidad, which did about 500,000. Pacquiao-Marquez II did 400,000, and past that we've had disappointments with Calzaghe-Jones (225K), Pavlik-Hopkins (190-195K), Pavlik-Taylor II (250K for a compelling rematch of one of the best fights of 2007). Pacquiao-Diaz and Casamayor-Marquez were about on point for their expectations.

Even though it remains a genuinely interesting matchup, does a Margarito-Cotto rematch match the big numbers they did the first time around? I think it's a toss-up.

Anyway, that's not even really the point. The point is more that if Margarito is going to basically back out of fights he's agreed to, this aura that he's tried so hard to build is just as much of a put-on as anything else.

Meanwhile, with that fight off the docket, the schedule has opened up for revisiting talks on a WBC welterweight title fight between titleholder Andre Berto and Mosley, which I think is a hell of an interesting matchup, and one I'd love to see. As far as replacement fights go, they don't get much better than that.

It's not as important as Margarito-Mosley would have been, maybe, but in many ways it's a better fight for Mosley. After the two shared the bill with wins in September on HBO, Mosley commented that Berto reminded him of a younger version of himself, which is both high praise and something I think is very valid. Berto lives on hand speed and accumulated power, much as Mosley has done over his career. Both are also willing to ditch boxing to get into a brawl as soon as the situation hints at a need for that.

Berto presents Mosley with a challenge -- he's a young, fast, strong fighter with explosive offensive ability. Mosley presents Berto with a very big challenge -- he's still pretty fast, still pretty strong, and he's a smart veteran. Berto has never faced anyone near Mosley's level, frankly. They had talked Berto-Collazo, which seemed a logical step up, but fighting Mosley skips that Collazo level and goes right into the division's elite. And honestly, Berto's probably as ready as he's going to be to make that leap.

As far as Margarito goes, if he wants to go right into a Cotto rematch, that could be a go for February. All the recent scuttlebutt has had Cotto returning on February 14 or February 21, possibly against UK welter Michael Jennings, a name that nobody knows. Bob Arum had talked Margarito-Cotto II for next summer, but he might have to step on the gas and get to it now. Margarito didn't fight Williams, didn't fight Josh Clottey in November (which Arum tried to make happen), and now won't fight Mosley.

We'll see how it all shakes out, but expect to see Mosley fighting on January 24. Just not against Antonio Margarito, the most feared man in boxing, the robo-machine that can't be taken apart, the man who avoids nobody...