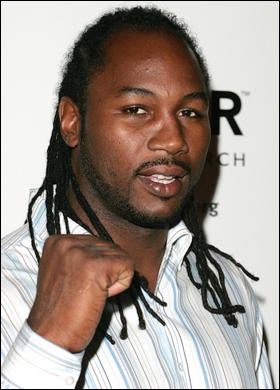 We know that Lennox Lewis trains in the gym periodically, though you can cast that out by saying he's just staying in shape. We know that Vitali Klitschko, now returned to the ring, wants to fight Lewis again.

Don King is offering big money, and even Manny Steward wants to see it happen.

And, of coure, the seemingly annual Lewis return talk is hyped up big again.

Lewis (41-2-1, 32 KO) is on the short list of the best heavyweights to ever live, if you ask me (or most, for that matter). Only nostalgia-leaning oldsters wouldn't have Lewis at least in the top ten.

He beat everyone ever put in front of him, even if he stumbled against them once (McCall and Rahman) or if he was on the lame end of one of the worst-judged fights of all-time (his draw with Holyfield). All three men were beaten by Lewis in rematches. He never fought anyone he didn't beat.

Lennox Lewis is now 43 years old, too, and we must remember that Bernard Hopkins is a massive exception to the rule, not some sort of new hip fashion. Fighters nearing or over 40 are still not very good. Look at Roy Jones. Look at Antonio Tarver. Two 39-year old guys that recently got thrashed by younger fighters.

I don't know how Lennox feels, if he feels there is "unfinished business" with Vitali or not. I do know Vitali feels there is, but of course he does. They stopped the fight on the gruesome cut that Lennox opened up on him.

Lewis was also recently among the fighters and ex-fighters that urged 36-year old Joe Calzaghe to retire. That makes me lean toward never seeing Lennox fight again, which at this point seems a good idea.

More likely than not, this is just smoke being blown about and promoters hoping to earn a buck on a big Lewis comeback. Lennox may work out. Lennox may consider the comeback. But at the end of the day, I think he's too proud of the legacy he's left behind to come back at 43 or 44 and risk damaging it in any way, even if it would just be a superficial blow to his record.