I am pretty completely against charity boxing and any other boxing where the combatants are untrained, clueless putzes, but most of these situations don't allow me to focus on Lindsay Lohan and be one of those pervy bloggers that pops some wood over the sexy ladies, so I'm taking this opportunity to see how it feels to be that guy.

I also tried to use a photo of her before she started looking like an alien, as seen in the photo accompanying SFGate.com's Daily Dish! story about Lindsay's dad being denied a chance to box for charity. From the "article":

A spokesperson for the New York State Division of Parole says, "Mr. Lohan was convicted of assault, which is a violent crime, and is currently under parole supervision until February of 2009.

"We do not feel that participating in a violent activity, such as celebrity boxing, whether it is for charity or not, is appropriate for his rehabilitation. It is inappropriate for a person on parole to engage in the same type of behaviur that landed him in prison in the first place."

Lohan tells the New York Daily News he is "very disappointed" but understands the decision.

He adds, "I've been on parole for almost two years now, and being that everything has gone so well, I didn't want to cross the line in any way with them."

And Lohan already has another contender in mind -- music producer Mark Ronson, the brother of Lindsay's girlfriend Samantha.

He adds, "After the comments and threats that Mark Ronson made recently, maybe he wants to fight me for charity. I'm definitely willing to step in the ring for three rounds with Mark Ronson."

So you could get a fight between this guy: 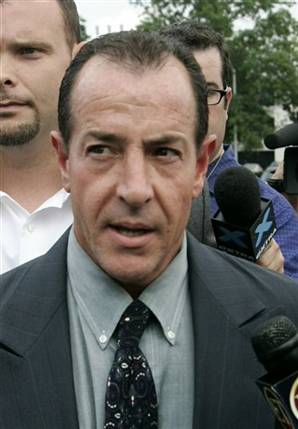 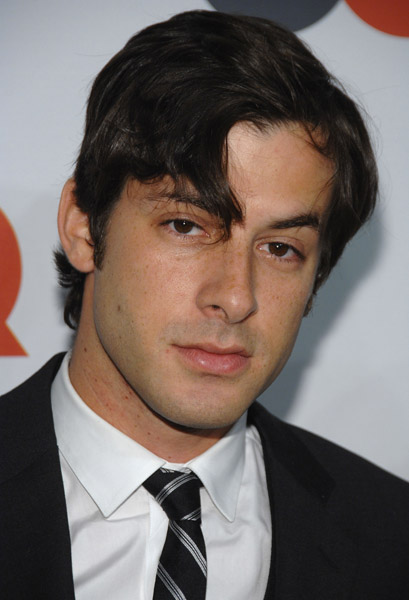