Share All sharing options for: Money Talks: Hatton-Malignaggi, Caballero-Molitor, and the rest 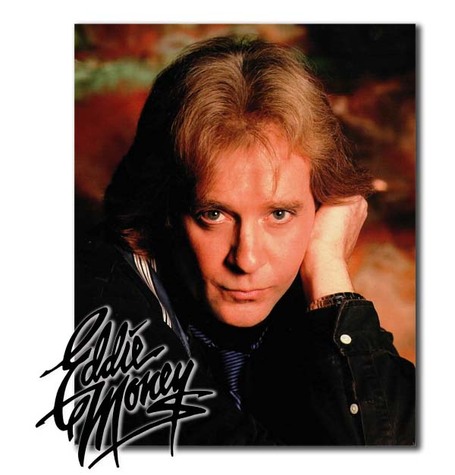 All lines, as always, are taken from the Bodog book.

The biggest fight of the weekend, of course, will main event on HBO from Las Vegas, as junior welterweight champion Ricky Hatton defends his crown against Brooklyn slickster Paulie Malignaggi.

The style clash should make for an interesting fight so long as Paulie is at his best -- and yes, that means I think the fight's aesthetic enjoyment is far more heavily on Malignaggi's back than Hatton's. If Paulie breaks his hand and has to fight with a jab, it won't be much fun to watch.

That said, the lines favor the proven commodity. Hatton is a -260 favorite, with Malignaggi a +200 underdog. Neither line makes for a big favorite or big underdog, but it's clear enough on both sides. Of course you also have to take into account the health of both. Malignaggi has his hands, and Hatton looks kind of like Skeletor after a trip to Starbucks: 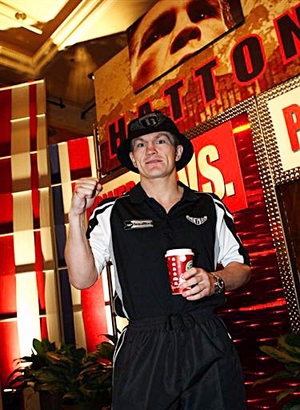 Enough with that f***ing hat.

The only televised undercard fight of the night pits James Kirkland and Brian Vera, with KO artist Kirkland a heavy favorite at -675. Vera is a +575 bet, and might be worth throwing down a bit of scratch. Not much, mind you, but let's not forget he upset the far higher-regarded Andy Lee this year, controversial or not. Vera is a pretty good puncher. The only real worry is we've seen Jaidon Codrington knock his block off before, and Kirkland is even more explosive than the best Codrington.

The Kirkland-Vera scrap, for the record, is taking place at middleweight, the middle ground between Kirkland's usual 154 and Vera's 168.

The Vegas show has some interesting (well, OK, maybe not "interesting") off-TV fights, too.

Also, Ricky's likable, skills-challenged younger brother, Matthew Hatton will meet Ben Tackie, a rugged veteran now serving as perhaps boxing's best gatekeeper. Tackie has lost five of his last seven, but has taken Kendall Holt, Alfonso Gomez, Henry Bruseles, Freddy Hernandez and Juan Lazcano to the limit in those losses, and has never been knocked out in any of his ten defeats. He's also lost to Ricky Hatton, Kostya Tszyu, Sharmba Mitchell, John John Molina and Gregorio Vargas. He barely won a round in three straight defeats to the Tszyu, Mitchell and Ricky, in that order.

Tackie is a -130 favorite, with Matthew Hatton an even money bet for the fight.

Friday night on Showtime, IBF junior featherweight titlist Steve Molitor is a slight favorite at home against WBA beltholder Celestino Caballero. Molitor is at -170, with Caballero at +140. Tough bet either way -- it's a highly competitive, X-factor sort of matchup on paper.

WBA titleholder Hugo Garay will take on Juergen Braehmer in a battle of top 10 guys at 175. No underdog listed; Garay is a -125 bet, with Braehmer at -105.

Former bantamweight titleholder Jhonny Gonzalez continues his comeback march on Saturday in Cabazon, California, taking on Reynaldo Lopez, owner of one of the fakest nice-looking records in boxing. Gonzalez is a huge favorite (-525) and he deserves to be. Lopez is a +325 dog. Lopez is 30-5-2 (21 KO), but only his May upset over Mike Oliver is worth much of anything. After that, he went right back to fighting bums in Colombia, beating a guy that came in with a 1-10-1 record in August. The upset over Oliver was pretty good, but it really sticks out like a sore thumb on his sheet.