Share All sharing options for: Money Talks: Williams-Phillips and more 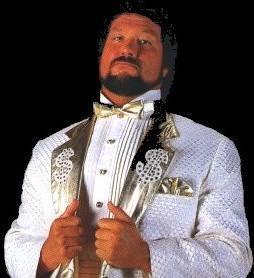 As always, odds are taken from Bodog.

Paul Williams is a MASSIVE favorite (-1100) against Verno Phillips (+600) in the HBO Boxing After Dark main event tomorrow night, which probably went without saying. Williams (35-1, 26 KO) looks like he's relocated the fire and hunger that made him such a dangerous fighter in the first place. In his last two fights, Carlos Quintana and Andy Kolle have lasted 2:15 and 1:37, respectively, against Williams' big power shots. I think he's going to come out storming against the way undersized, 38-year old Phillips (42-10-1, 21 KO), too, and I don't know if Verno can last. Phillips also hasn't fought since March, when he outpointed Cory Spinks. And I still say that was a robbery.

In the televised opener, heavyweight sluggers Cristobal Arreola and Travis Walker will go head-to-head, and their fight has the exact same odds as the main event, with Arreola the heavy favorite. I don't see it with this one -- Arreola is a big sucker's bet.

Arreola (25-0, 22 KO) came in fat and slow against Israel Garcia in September, but since Garcia lacks any real skill and was just a can with a decent-looking record for Arreola to run over, Chris got away with that. He knew he was out of shape. He's a big dude at 6'4", but if he could keep himself in the 230s, which he's done before, he'll be way better off. The question is whether he has the discipline to do that. Weighing in at a hair under 260 pounds in September was inexcusable. He didn't carry it well, and he's not such a good boxer or so powerful that he can get away with that sort of laziness.

I don't really see why Walker is such a huge underdog, because I think he has a very good chance. "Freight Train" (28-1-1, 22 KO) has only lost one fight, and it was a horrible referee stoppage in the first round against T.J. Wilson, a loss that Walker emphatically wiped away when he beat Wilson down in the second round of their rematch. It's not that I think Walker is all that good, really. He's willing to trade, and so is Arreola, and it should make for a good fight. And even though Walker has little in the way of legit competition so far, guess what? Neither does Arreola, the American heavy people are starting to pin their hopes on.

If Walker catches Arreola, it could go bad for Cristobal. If Arreola isn't in shape, Walker might drill him. If you take yourself away from how much fun Arreola is to watch, the flaws are so clear that it's impossible for me to put anything big on the guy's shoulders. He's a good fighter, an entertaining fighter, but I don't know that he's a world-class fighter. He's 27 and isn't developing anything new; instead, only new questions about his career arise after several fights.

In Panama, former WBA featherweight titlist Jorge Linares (-3000) moves up in weight to face Whyber Garcia (+1500) for the WBA's vacant junior lightweight strap. Chances are it'll be easy work for the 23-year old Linares, one of my favorite young fighters. One of everybody's favorite young fighters, actually.