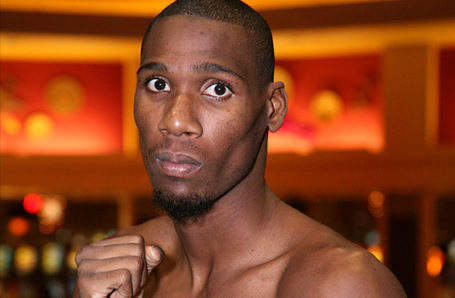 The opening heavyweight slugfest stole the show, with an again out-of-shape Arreola catching hell from Walker in the first round and getting dropped in the second, only to rebound by knocking Walker down twice in that same second frame, and then a third and final time 13 seconds into the third round. Walker threw 106 punches in the opening round, which he dominated, but it may have helped Arreola more than it did Walker. Arreola wisely took the full eight count when knocked down, then took advantage of a throwing, open, and tiring Walker with power shots that sent the big man reeling.

For Arreola, this was a big win, but it's now becoming critical time for his team to get on his ass about the training. He was doughy, the same as he was in September, again weighing in over 250 pounds. Against Walker, it almost got him beaten. Against Wladimir Klitschko, who he's now in line to face next year, it will get him destroyed. I like Arreola a lot, but his disregard for discipline is No. 1 on the list of things that could be his downfall.

In the main event, a nasty cut opened on the outside and just above Paul Williams' right eye thanks to an accidental headbutt in the second round, but the former welterweight titlist still picked up an interim 154-pound strap in impressive fashion, beating Verno Phillips down with a focused and wicked body attack that took all the spring from the veteran's step.

Phillips, who turned 39 today, was game and tough, as we knew he would be. But he was also completely outgunned by the younger, bigger, stronger Williams. Williams even did it without using his gross reach advantage, as he relished the chance to fight inside with Verno, who kept trying to load up on big punches. He did occasionally land one, but way too few, way too far between.

Williams said if a big fight comes at 147, he'll go back down. I assume he'll take any fight between 147 and at least 160, which is what he's been saying.

We now officially start the mega hype for next Saturday's showdown between Oscar de la Hoya and Manny Pacquiao. Be with us this week, as we'll examine the fight from as many angles as we can, and then we'll be live on Saturday night with round-by-round coverage and scoring.