Vitali Klitschko upset about lack of preferential treatment from WBC

Share All sharing options for: Vitali Klitschko upset about lack of preferential treatment from WBC 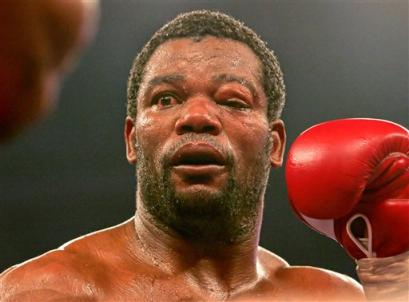 WBC heavyweight titlist Vitali Klitschko is in dismay after the sanctioning body ordered him to face mandatory challenger Juan Carlos Gomez, instead of Klitschko's preferred opponent, which would have been fellow titleholder Nikolai Valuev or ex-cruiserweight champion David Haye.

This whole thing is great. In essence, Vitali is whining that he's being treated like a boxer that has to adhere to rules, instead of having the body kiss his hindquarters the way they did to set up his title shot against Samuel Peter. Let's recap that whole debacle for those that may not have been paying attention:

1. Samuel Peter beats James Toney in a WBC heavyweight title elimination bout. Since some felt the fight was "controversially" close, there was essentially a recount ordered, and the two fought again. Peter whomped Toney in the rematch, leaving no doubt about his right to be the next man to challenge Oleg Maskaev.

2. Kiltschko, the WBC's "champion emeritus" (a stupid designation to begin with considering his time at the top was very brief), decides he wants to return to the sport. He sets up a return bout with Jameel McCline, a wobbly American veteran.

3. Peter's bout with Maskaev is postponed. Around the same time, Klitschko pulls out of the McCline fight. In a scramble, Don King puts together Peter-McCline for the interim title. Peter avoids a shocking upset bid from McCline to squeak out of NYC with the title.

5. Klitschko, having avoided doing anything, gets into a title fight with Peter. To Klitschko's immense credit, he thoroughly dominates Peter, forcing the man to quit on his stool.

If Vitali Klitschko hasn't gotten enough from the WBC in this comeback bid, then maybe he should just quit again. He has come back expecting simply to pick and choose. The WBC middleweight mandatory is Marco Antonio Rubio; Kelly Pavlik will fight him. Kelly Pavlik also fought Gary Lockett, a fight he didn't want because it wasn't a big fight.

Champions and titlists fight mandatories all the time. It happens. If there's a bigger fight (Hatton-Malignaggi upcoming, for instance), then sometimes they vacate their belt and go do their thing. That's fine by me. But Klitschko wants to hang on to his precious trinket and also never fight the body-mandated challenger.

He says the fight would be pointless because he used to beat Gomez up in sparring. Lots of things used to be, Vitali. Juan Carlos Gomez (44-1, 35 KO) has more than earned this shot. And let's not forget that Valuev is busy on December 20 with Evander Holyfield (yes, that's really going to happen) and Haye is busy this month against Monte Barrett. The earliest EITHER fight could possibly happen is February, and that's assuming neither Valuev or Haye suffer any minor injuries that could derail them, and that they'd want to jump back in that fast.

The WBC is simply treating Vitali Klitschko like they would anyone else. That does not appear to be to his liking.

Klitschko's manager, Bernd Boente, is using the "woe is us" story that no network will be anxious to pick up Klitschko-Gomez. Tough titties, dude. You knew the landscape of heavyweight boxing. I also find it sort of hard to believe that Vitali-Gomez would have a harder time finding TV than Wladimir-Tony Thompson or Wladimir-Ray Austin, both televised live in the United States by HBO. So I'm not buying that one.

Vitali and Boente are trying to worm their way out of what is not a bad fight. Gomez is a name in Germany, where he's spent the vast majority of his career. There is money in this fight, if not quite Valuev or Haye-level cash. There's no reason -- other than the fact that they JUST DON'T WANNA, DARN IT -- to not take this fight.

Welcome back to the real side of boxing, Vitali, where you don't always get your way.