We're not going to lie or sugarcoat it, but we are going to preview it. The November 14 undercard for the Cotto-Pacquiao pay-per-view is not pretty. In fact, it's bad, a massive step down from the interesting fights we got on the September 19 Mayweather-Marquez card. Promoter Bob Arum promised a great undercard, and on paper, he has not delivered.

But it's not all bad, and we're going to try to highlight those aspects of the three-fight televised lead-up to the killer main event. 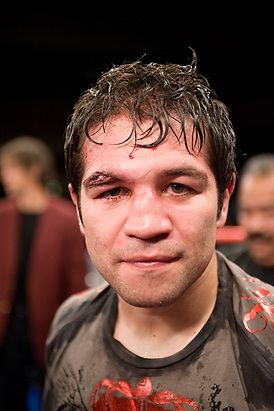 Gomez was a star on the first season of "The Contender," fighting as a misplaced middleweight. In the long run, it served him well. He became the most popular fighter on the show that season, and it wound up getting him a couple of money fights at welterweight. He was chosen as a low-risk, bounceback opponent for the late Arturo Gatti in July 2007. It wound up being Gatti's final fight, as Gomez battered the veteran and knocked him out in seven one-sided rounds. After that, he went through another veteran, Ben Tackie, and was given a title shot at Miguel Cotto, who held the WBA welterweight title at the time.

As we all know, Cotto-Gomez should never have happened. It was a gross mismatch and Gomez was demolished, but he was demolished because of his fan-friendly style, too. As clearly out of his league as he was that night, he proved out as a gutsy guy that was willing to walk through hell to win. It was just that his walk into hell had no win at the end of it. Just more hell. He was mercifully pulled out of the fight after five rounds.

Soto Karass and Gomez are not big names, and aren't going to be shaking up the welterweight division any time soon. But the chances they'll put on a hell of a good scrap are pretty high. A loss damages both of them pretty significantly, because they're already walking a thin line between a potential title shot (gimme fight for any titlist or not) and getting close to irrelevance. Neither of them are old, but their records are hardly attractive and neither has proven a likely test for any of the top names.

So that should be your focus with this fight: Will they bring the action? They're on the card because they might go into all-out war with another. The only stoppage loss on either man's record is Gomez's against Cotto. Both have chins, neither are huge punchers (though JSK can punch), and they like to bang. It's not like a lack of great natural talent prevented anyone from enjoying last year's highlight reel brawl between Rogers Mtagwa and Tomas Villa. I'm not saying this fight will equal that one, but don't let yourself get too hung up on much more than the potential for a wicked scrap, and you shouldn't be disappointed. 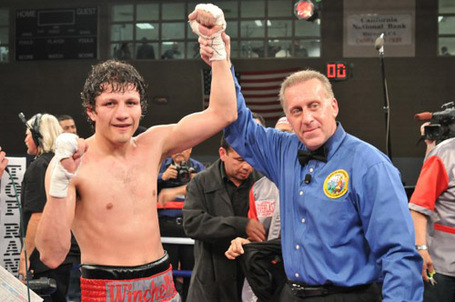 Gomez's Best Win: Gatti may have been shot, but that win put him on the map. And he left no doubt about his ability to war with one of the bravest men in the history of boxing. He outgunned Gatti.

Soto Karass' Best Win: You might say it was Vince Phillips, the former junior welterweight titlist who once upset Kostya Tszyu. Or you might go with his 8th-round stoppage of David Estrada in 2008. Estrada is no great fighter and never was, but he wasn't stopped by Shane Mosley, and it took Kermit Cintron and Andre Berto 10 and 11 rounds, respectively.

Streaks: Soto Karass is on a terrific little run, having not lost a fight since dropping three straight in 2004-05. Over that time, he's gone 13-0-2. Gomez has won two comeback fights this year after taking a year off following the Cotto smashing and signing with Top Rank.

Prediction: I think this one goes the distance, and that Soto Karass does enough damage to win a clear decision. I genuinely do think this will be an entertaining fight with a lot of spirit on display from both men, and figures to be the undercard's highlight.