Z Gorres to remain in a coma in the coming days

Share All sharing options for: Z Gorres to remain in a coma in the coming days 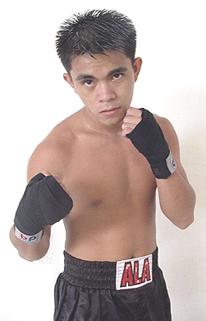 Filipino boxer Z Gorres passed out last night following a win in Las Vegas, and was rushed to a hospital where emergency surgery was performed. A piece of Gorres' skull was removed to relieve pressure on his brain, and he was put into a medically-induced coma after the operation.

This morning, Ronnie Nathanielsz reports that Gorres will remain in the coma for several days.

The doctor attending to Gorres, critical care specialist Dr. Michael Seiss informed Filipino-American doctor Allan Recto that Gorres was in a medically-induced coma that would last for a few days and that "hopefully he will return to consciousness."

Dr. Recto who is a respected ring physician of the World Boxing Council told philboxing.com "If an ordinary person, like you and me, will be in Gorres' condition the chances of survival is very slim. Only because Gorres is an athlete that he has more [of a] chance to survive."

Obviously this is a very serious situation, and not something that's going to be overcome easily. Gorres' boxing career is over, but right now that doesn't matter. We continue to send our best wishes to Gorres, his family and friends, and wish for nothing but the best.