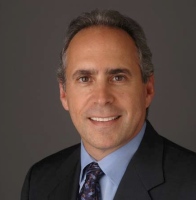 Greenburg was on the record calling the fight a must-have as soon as Pacquiao had defeated Miguel Cotto this past weekend in Las Vegas. I cannot remember the last time any possible fight in boxing was talked about the way this one has been in the days following Manny's last win, and Greenburg has to go back a bit to remember similar situations, too:

"It's rare when you have the two best pound-for-pound fighters in the world both in their prime in the same weight class," Greenburg said. "And when that happens you seize the opportunity. I've lived through Leonard-Hagler, Leonard-Hearns. That's exactly where we were in 1981 [with Leonard-Hearns I], and the fight had to get made. The public demanded it and the fighters demanded it. And so there's no gray area. As far as the split, why hassle? Just do what Ali and Frazier did in 1971 -- split it in half. I'll go on record. What's a percentage point here or there to satisfy somebody's ego?"

He also promises to go the extra mile -- or ten -- to promote the fight:

"I don't know what the final number will be but I know if we're going to do this fight, we have to do it out of the box and we have to treat it as a Super Bowl. We have to put all of our energy into every angle of the promotion and the production and the site and treat it as a true Super Bowl, and that means generating a lot more money than we ever have generated."

Greenburg mentioned the possibility of adding a fifth episode -- instead of the usual four -- to the run of the Emmy Award-winning series "24/7" following the buildup to the fight.

"Everything about this fight is bigger than other fights," he said.

Greenburg could not be more right, and it's good to see he's taking a leading role to try to make this happen. HBO has essentially become a boxing promoter over the years in many ways, and that can mean good and bad things depending on the situation. But in this situation, I think it can only help.