Early Nominations for Bad Left Hook Fight of the Year

Share All sharing options for: Early Nominations for Bad Left Hook Fight of the Year 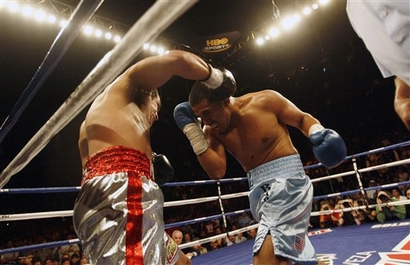 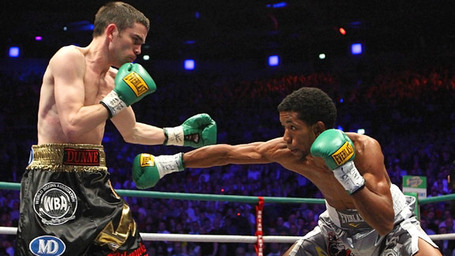 As we get closer to the end of 2009, I figure it's time to start taking a look at the various awards we'll be figuring out for Bad Left Hook this year, the first time we're going to do a full-scale awards "thing," and I want some input from everyone. We'll start with Fight of the Year, which is nowhere near close to done. There are a lot of strong contenders and there are a lot of great matchups yet to come in the final two months of the year, too.

I'm going to put up a short list right now, and you can nominate fights you think you should be considered -- even if you don't personally think they are better than any fight on this list -- in the comments for the post. I'm also going to figure out a voting process that isn't just site polls, because we all know those get skewed, and that just is what it is. It might require some extra effort to vote for the awards, but that's life.

For those of you who haven't seen Solis-Viloria or Lopez-Sonsona, do try to find some time and give those a look. Froch-Taylor won our April Fight of the Month poll, but I strongly believe Solis-Viloria was the superior fight, it just wasn't seen by as many people. Cordoba-Dunne is pretty terrific as well, if you missed that one.