On Prospect Analysis - A Guide to Tools vs Skills vs Attributes

Share All sharing options for: On Prospect Analysis - A Guide to Tools vs Skills vs Attributes 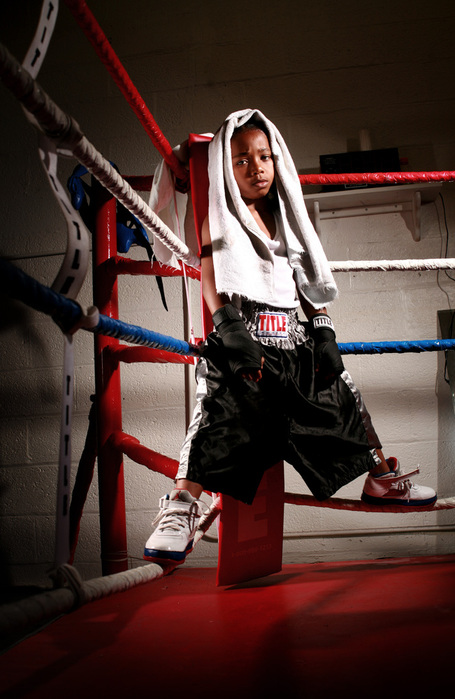 I'm hoping to make a regular feature of this site where I analyze certain boxing prospects, and maybe compare and contrast some up and coming guys in various weight classes.  Unlike most major sports, there's no set system of prospect analysis in boxing.  In baseball, every scout looks at the 5 tools on a 20-80 scouting scale. In football, there are hundreds of sites anayzing high school and college athletes who might become pros someday.  In boxing, you see a fighter and you just get excited.  What I'd like to attempt to do is break down up-and-coming fighters, so we know what their current and future strengths and weaknesses might be.  I think there are three important factors here:

Handspeed - Good handspeed can be very important.  If you have it, your combinations look flashier and are more likely to impress the judges.  Perhaps more importantly, if your handspeed is better than your opponent's, you'll beat your opponent to the punch

Chin -Just ask Amir Khan what it means if you have shaky whiskers.  A fighter with a bad chin is a lot more likely to get knocked down or out, and thus lose.  There are ways to compensate for it, as Wlad Klitschko and Tommy Hearns discovered, but the lack of a chin is probably one of the top reasons seemingly good prospects end up flaming out, just after failure to put the work in.

Reflexes -Quick reflexes can help both sides of a boxers game.  If they're able to move quickly, it makes it easier to time a flaw in the opponent, or to react and counter if there's an opening.  It also makes it easier for a fighter to pick off or

Power - By power, I mean one punch concussive power.  Accumulative power is good, but you can get there by combining their power and their workrate.  One punch power means you're always in the fight, because if you can just land that one punch, you can still win it.

Size - They say you can't teach size, which generally is true, but this one's a bit tricky in boxing.  As a guy is moving up the ranks, a lot of the time he'll fight at a higher weight class than where he'll end up.  A guy will have better size if, after they're rehydrated, they have the physical and reach advantages in the ring.

Hand - Southpaws have a small inherent advantage, just because most fighters aren't used to fighting southpaws, and because it's difficult to find good, skilled sparring partners who are southpaws.

Skills and attributes come after the jump.

Defense - You know the difference between a fighter who blocks punches with his fists and one who blocks punches with his face, and you know which one usually wins (some freaks of nature aside).  However, this tends to be a skill that lags behind and thus is hard to evaluate.  A lot of trainers just focus on offense first, or just plain don't know how to train defense well.

Ring generalship - How well is a fighter able to get his opponent to fight his fight.  This too can take time to develop.  If a fighter has picked up some of the dirty tricks of the trade, this may show up here as well.

Head/Body Movement - While some of this does tie into overall quickness, it's just much harder to hit a moving target, and if a fighter's always moving, then it can compensate somewhat for a lack of quickness or reflexes.

Endurance - While there certainly is an aspect of this that is more like an attribute or a tool than a skill, endurance is something that can be learned in the ring.  Generally, for prospects, this will be an X factor, because you haven't had the chance to see them slug it out for 12 rounds yet.  Workrate factors in here as well.

Punching Ability - This could probably be broken down into a few different categories, but the most important aspects are accuracy, straightness of punches, and variance of offensive arsenal.  You could also put the ability to throw combinations here, but that really is covered by all three of this, quickness, and footwork.

Desire - I think this gets confused with heart sometimes, but it's a little bit different.  A fighter's desire level is how bad they want to be the best, and what they're willing to sacrifice and commit in order to be the best.  A guy with tons of desire will train harder, work harder, put the rest of his life on hold for his career, and generally improve his skills faster.  Also, heart + desire = mental toughness, which is something a prospect really needs to thrive in boxing.

Durability - This includes both durability inside and outside the ring.  If someone cuts easily, that's a debit.  If someone keeps injuring their hand, that's a debit.  Not only does it mean they're not as likely to win an individual fight, but it also means they'll probably end up having fewer quality fights in their career, simply because they're waylaid for large chunks of time.

If I grade guys, it will be on an A to F scale, just because people generally know what that means and it seems a bit more natural to do it this way in boxing than to assign numbers. A would be great, B is above average, C is average, D is below average and F means it's a big enough issue that it will impede their ability to become a good fighter.

If you think I missed anything, or have any criticisms, feel free to contribute to the comments.