Share All sharing options for: Ranking the Featherweights: May 15, 2009

The 126-pound division may not be the glory weight it once was, but I think this is still a damn solid top ten. Biggest problem is that few of the top dogs in the division are exciting. 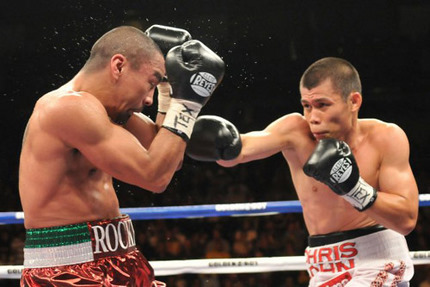 Indonesian John has been at or near the top of the division's rankings for the better part of the decade, but it was with his disputed draw on American soil against Rocky Juarez that he finally earned his respect among some folks that felt he was staying on his home turf and not fighting the best competition he could.

I thought John won the fight (I had it 115-113), and he has shown a willingness to do it again. I think John believes he's the far better fighter and that a second time around, he can fully expose Juarez's shortcomings, much like Marco Antonio Barrera did. If he wins the rematch, Golden Boy will try to find him another good fight. It was a long time coming, and frankly John exceeded most expectations in his U.S. debut; we all expected the technician, which John has generally been in his career. Instead he brought it a little harder than normal.

A staple of Pacquiao undercards past, 28-year old southpaw Luevano is one of my favorite fighters in the sense that I really think he's pretty damn good and that it takes a top performance to beat him, but we'll never confuse him with an action star. His lone loss came in 2005, a close 10-round decision loss to Martin Honorio. Since then, he's beaten the likes of Cristobal Cruz, Nicky Cook, Antonio Davis, Terdsak Jandaeng and Billy Dib, and fought a hell of a draw with Mario Santiago. Is it a murderer's row of victims? No. But it's really solid. 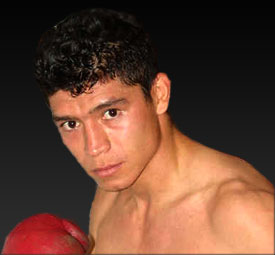 Solis is climbing my list of the sport's most ignored/underrated fighters. The 29-year old brother of junior flyweight star Ulises Solis has lost once in his career, and it came when he stepped up to 130 pounds as an opponent for Manny Pacquiao. Pacquiao knocked him out in eight, but that's it. He had a couple draws earlier in his career. Other than that, he's done nothing but win, and he has some pretty decent victories, most recently a January TKO of Monty Meza Clay in an IBF eliminator. The current IBF titlist is veteran Cristobal Cruz. Solis widely outpointed him back in 2003.

Since he drew Luevano on June 28, 2008, Santiago has not fought. He tried to push for a rematch but got back nothing from Luevano and Top Rank. He's tentatively scheduled as part of the Juan Manuel Lopez show at Boardwalk Hall on 6/27, but he was also tentatively scheduled as the feature on Kelly Pavlik's off-TV undercard in Youngstown in February. At this point, I'll believe it when I see it. But I still think the rugged Puerto Rican banger presents a serious challenge for anyone in the division. He's stronger than John or Luevano.

Sometimes it seems like Rocky is a lot older than 29. In 2005, he went to Chicago (the suburbs, anyway) to face Humberto Soto on the Vargas-Castillejo card. He was 23-0, highly hyped, heavily favored. Soto beat him. Starting with that night, Juarez has gone 5-4-1, mostly at 130 pounds. I don't think there's any debate that he should fight at 126, but the money's been better at 130. Since that's no longer the case, maybe he can get over that hump finally. He had two fights with Marco Antonio Barrera in 2006; the first one was stunningly competitive, the second not so much.

I get the bad feeling the Chris John rivalry is about to go the same route. In their second fight, Barrera just outboxed Rocky, who is neither fast nor aggressive enough to keep pace with John if John just starts getting cute in there.

He's never beaten someone he "shouldn't have," though. 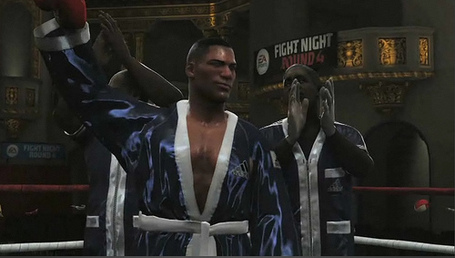 I'm not that old, and heaven knows I get excited about my share of young fighters, but there have been a lot of times watching Gamboa fight where I find myself not "getting it."

Of course, I'll also go out of my way to watch him fight some mid-level veteran I know he's going to smash, so I guess that's bull. I do "get it." He's exciting.

Still, the prevailing thought I have most times is, "Someone's going to smash him up awful eventually." I've said it before, I'll say it again now: You bring Juan Manuel Lopez up from 122 pounds, and he will beat Gamboa something fierce. I don't think there's any comparison between the two, really. I think Lopez is twice the fighter Gamboa is.

But that's all just hoodoo and voodoo and BSing. Gamboa is up here already because he's really good. Still, going back to my relentless negativity, I'm getting kind of tired of watching him fight these guys I know he's going to waste, and if he's really fighting Guty Espadas Jr. on July 25, that's just another of those fights. Espadas was knocked out years ago by Erik Morales and Rocky Juarez, which essentially took his career from him. After he took three years off folowing the Juarez loss, he's fought one quality opponent (Naoki Matsuda) in seven fights.

Enoki fought just over the limit at 128 pounds his last time out, and might be moving to 130. His next opponent (Ryol Li Lee) is another guy that hovers between 126 and 130, so I just can't damned tell. Enoki's only loss came to Chris John in October of last year, a wide decision for the Indonesian in Tokyo at the historic Korakuen Hall.

25-year old Aoh won the WBC title in March via wide decision over Oscar Larios, who had outpointed Aoh in October '08. He also has a draw with Hiroyuki Enoki and has scheduled a very tough first defense of his title, though he'll have home field in Tokyo.

Cruz, 31, is a classic story: He's a knockaround guy made good. He wasn't supposed to beat Thomas Mashaba last March, and he was a 50-50 bet against Orlando Salido last October. He successfully defended against Cyril Thomas this February. He could have lost all three of those fights and no one would've thought much of it. Instead here he is as IBF titlist.

The 26-year old Dominican Rojas had been rumored as an opponent for Yuri Gamboa for months and months, but that fight never came off. I suppose perphaps Rojas isn't old, feeble-fisted, washed-up or just plain not very good enough to fight Gamboa.

(I apologize to the Gamboa fanboys reading. I don't mean to sound so harsh.)

You Coulda Been a Contender...

Bernabe Concepcion (29-1-1, 16 KO) was set to face Steven Luevano on May 2, but that didn't come off. Instead the Filipino took a six-round decision over Yogli Herrera. He's earned his title shot, and I'm all for him getting it soon. He's still just 21.

If the rumors are true and Billy Dib (22-1, 11 KO) is actually on Fight Night Round 4, I'm going to spend a lot of my free time playing as Joe Frazier and beating the living crap out of Dib for that stinker he had with Luevano. He went back to Australia (where I hope he stays) to take a technical decision over previously-unbeaten Davey Browne in March. Browne, who had never fought anyone worth a crap, was leading on one of the scorecards when the fight was stopped after seven rounds.

Hector Velazquez (51-12-2, 35 KO) and Orlando Salido (31-10-2, 20 KO) are fighters similar to Cruz, but they're not on the same career roll right now. I'd like to see Gamboa fight either of these guys; I think he probably beats either one of them, but they're live dogs at least.