The Actual Most Feared Men in Boxing

Share All sharing options for: The Actual Most Feared Men in Boxing 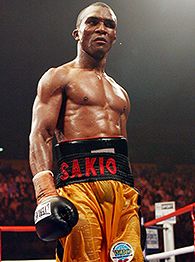 Over the years, we've heard Bob Arum tout both Antonio Margarito and Joshua Clottey (and now Edwin Valero) as the most avoided fighters in boxing, and Dan Goosen is still trying to tell anyone who will listen that Paul Williams is the most avoided man in boxing.  Fact of the matter is that if a fighter has a huge promotional team behind him like Top Rank or even Goosen-Tutor, then he's got some money behind him, and he's not going to be all that avoided.  They'll still be avoiding the smaller names just as much as the bigger names are avoiding them.  The truly avoided fighters are the ones that seemingly NOBODY wants to fight, because they don't bring any money to the table for the big names, and they're too dangerous for other ranked fighters to risk losing their ranking over. More often than not, these guys don't have a belt, don't have a fan following, and need to methodically work their way up the ladder to get any title shot.

Joe Calzaghe called Bika the toughest fighter he's faced.  Bika drew with Markus Beyer, gave Calzaghe a hard time, gave Lucian Bute a hard time and pretty much obliterated Peter Manfredo.  He also won the top prize on The Contender, theoretically increasing his name recognition.  He'll call out anyone who will listen, but nobody seems to want to take him on.  A fight with Anthony Mundine in Australia would have been huge, but Mundine literally dropped a division to not face him.  He says he wants former sparring partner Mikkel Kessler, but Kessler claims that they're too good of friends to fight in the ring.  In the meantime, he's holding onto the IBO belt, which people only seem to recognize as a legitimate belt when it's convenient to do so, and is easily one of the top 5 super middleweights out there.  Now that he has the money to dedicate himself to training full-time, he seems to have improved, and nobody wants a part of that. 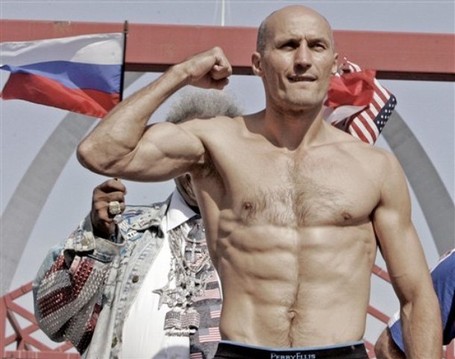 "Made in Hell" really can bring hell to just about anyone.  As a no-name with no belt and recently dropped by Don King, he's most recently resorted to fighting in Kazakhstan to keep busy.  The former IBF light middleweight champ lost a close and contested decision to Cory Spinks in St. Louis, and then a few fights later was upset by Alex Bunema in a come from behind knockout while weight drained.  Karmazin is now campaigning at middleweight, where he's ranked by the IBF as the #3 middleweight, yet he can't get anyone to even sniff in his direction.  Frankly, as a ranked fighter, he could present a good opportunity as a big step up for one of the young guns in the division.  He was knocked out by Bunema, and he was knocked down by Antwun Echols, so his chin may be starting to go.  Hopefully he can get one or two more big shots before he rides off into the sunset. 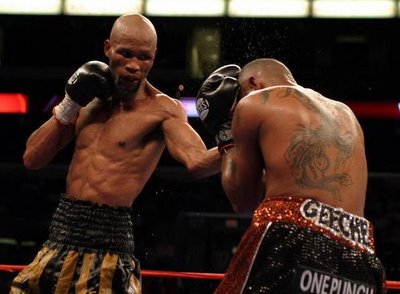 Funeka has proven himself to be one of the most dangerous fighters at lightweight.  He handily beat Zahir Raheem, in a way that some legends weren't able to beat him, and he more than held his own against Nate Campbell, who's arguably a top 20 pound for pound fighter.  What's his reward for this?  Not being talked about in any of the chatter surrounding the lightweight division.  At a freakishly long 6'1", Funeka isn't anyone's idea of an ideal matchup.  Sure, he doesn't have the best chin in the world, but an awkward fighter with good power is enough to make almost anyone look a little bad.  Good promoters don't want to risk having their fighters face off against someone like Funeka.  So what will be next for Funeka?  Probably facing off against the best lightweights in South Africa, where he's built up somewhat of a name.  There's plenty of depth in the 126 - 135 weight classes down there, but we'll see if it's enough to get him back into a title position.  Despite the loss to Campbell, he's still ranked as the IBF #3 contender (with nobody ahead of him), so hopefully he'll get another title shot soon. 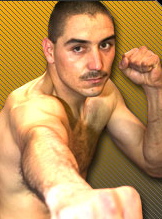 Lopez has a huge scarlet A tattooed on his chest in the form of a 12-loss record.  Nobody knows how to sell him, and nobody really seems to be trying.  He's made a name in the middleweight division, going undefeated over the past four years over some pretty solid competition. Now that he's moved up the rankings for the sanctioning bodies and into the Ring top 10, he's had to move down to 154 because it was becoming blatantly apparent that he was never going to get a shot against the top dogs at 160, who are too busy posturing for each other and facing the least dangerous available competition to face a rugged and dangerous fighter like Lopez.  To top it off, he's huge for a light middleweight, so I can't imagine he'll have any easier of a time finding competition there.