TV and Internet Fight Schedule - Weekend of May 8

Share All sharing options for: TV and Internet Fight Schedule - Weekend of May 8 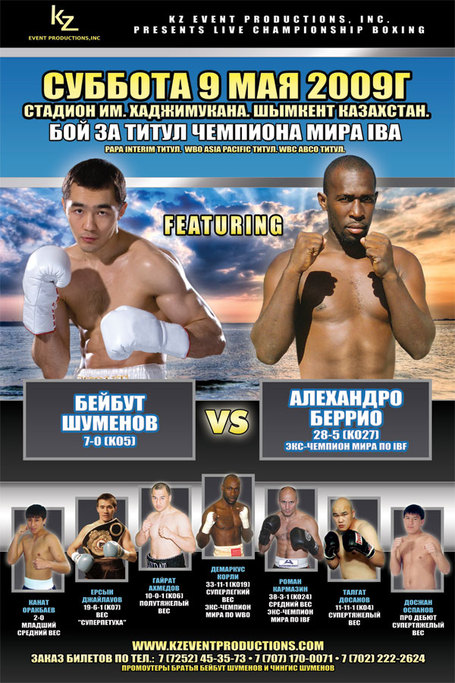 In what had to be some kind of freak sideshow thing, Hector "Macho" Camacho , 46 years young, was scheduled to fight Yori Boy Campas, a very very old 37, at the Trump Taj Mahal in Atlantic City on an internet PPV.  Fortunately, the New Jersey State Athletic Commission was smart enough not to sanction this farce, meaning the event will be rescheduled and probably fought in Florida or Texas.  Also postponed was Jorge Linares' title defense against Josafat Perez, leaving us with a pretty barren fight weekend.

Also, hats off again to Beibut Shumenov.  Somehow, he's managed to pull off a hell of a card in Kazakhstan, of all places.  Shumenov takes on Alejandro Berrio, and he's also lined up fights for Roman Karmazin and Chop Chop Corley, as well as a few other prospects signed to Shumenov's promotional company.  Of course, this won't be televised, although the KZ Promotions website cryptically states that the show will be taped and be televised "on networks and at times to be announced."