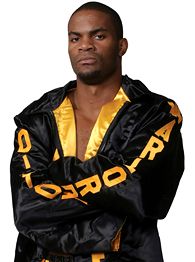 Another Allan Green fight has fallen apart, but according to BoxingScene.com's Rick Reeno, it has nothing to do with Green this time.

Reeno reports that contrary to earlier talk about the fight's disintegration, it's not Green "pricing himself out," which he has done in the past. Instead, it appears that the proposed IBF super middleweight title fight between Lucian Bute and Green is off because of Showtime and Librado Andrade.

Andrade (who is Bute's mandatory) is lined up for a second crack at the title this fall. Bute wanted to take an optional defense with Green, who is coming off of a second-round stoppage of Carlos de Leon Jr. on April 25, which aired prior to the Froch-Taylor fight on Showtime.

But Showtime isn't willing to commit to Green-Andrade, should Green defeat Bute. They're all on board with Bute-Andrade II, though.

With this going down the tubes, we might get to see Green challenge WBC titleholder Carl Froch instead. Reeno says the fight is in early discussions and nothing more. I'd have to guess the Froch team would need to think there's no chance they'll actually land a fight with Bernard Hopkins, or they could use this to leverage, although it's tough to leverage 'Nard considering he knows he's the money in this entire scenario.

It's too bad Bute-Green likely won't be made, though. It's a fight I really liked, an admirable optional, and Green has earned a shot at a belt.