According to the Associated Press, Alexis Arguello was found dead in his home this morning, of an apparent suicide.  Arguello was an extraordinary man who was able to succed both within and outside of the ring.

As a fighter, Arguello racked up a record of 82-8, with 65 knockouts, becoming world champion in three different weight classes.  Arguello, a Hall of Famer, owns a number of significant wins, including wins over Ruben Olivares, Alfredo Escalera, Bobby Chacon, Rafael Limon, Jim Watt and Ray Mancini.  Perhaps his most well known fight in the US, however, came when he was well past his prime and well above his best weight, in a junior welterweight battle with Aaron Pryor. Arguello had huge one punch power, and many of his best wins came when he was behind on all of the cards.

After his career as a boxer, Arguello became the mayor of Managua, the capital of Nicaragua.  Recently, he had become the subject of controversy, with allegations of voting fraud and public graft. 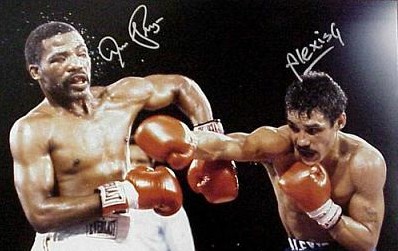