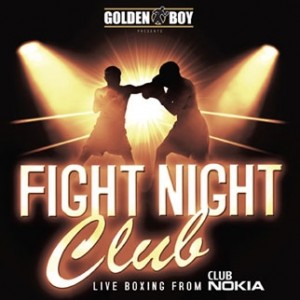 Fight Night Club is going live on Fox Sports Net and RingTV.com in about 20 minutes, and since watching Kentucky gradually wear down Cornell isn't going to be much fun, we're going to be here to talk some fights.

The main event pits bantamweight prospect/contender Abner Mares (19-0, 12 KO) against Felipe Almanza (17-15-4, 8 KO). Unless Mares is out there to do a carry job like Victor Ortiz was last month with Hector Alatorre, this won't last long, and the real money will be in seeing the lesser guys on the undercard.

Mares is using this fight to tune up for his May 22 title shot against Yonnhy Perez, which will be an enormous step up in competition for him. Mares does have a few decent wins, but nothing close to Perez, and this fight with Almanza really puts the "club" in Fight Night Club.