3-8-71: Looking Back on Ali and Frazier's First Battle

Share All sharing options for: 3-8-71: Looking Back on Ali and Frazier's First Battle 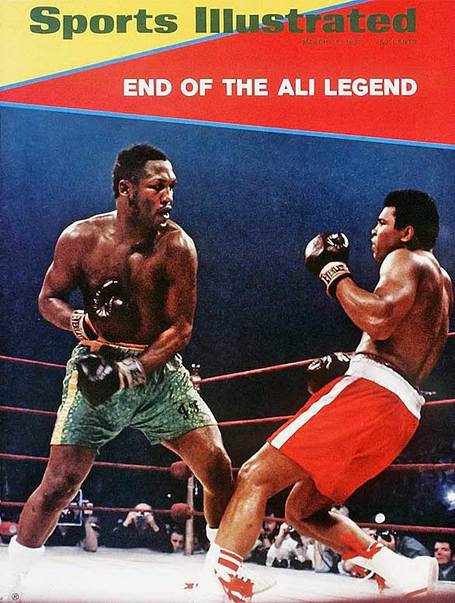 39 years ago today, Joe Frazier and Muhammad Ali met at Madison Square Garden for the first fight of their epic trilogy. Jim Amato looks back on the night Frazier handed Ali his first professional loss.

There are certain dates that will stick with you as long as you live. Your birthday, the birthdays of family members, anniversaries, the day that you got your divorce(s), et cetera. Happy and important days that mark milestones in your life.

One such date I'll always remember is March 8, 1971. The "Battle of the Century," it was so aptly named. Two undefeated boxers who each had a legitimate claim to being the heavyweight champion of the world would collide. When Muhammad Ali first won the title in 1964 his name was Cassius Clay. He would shortly thereafter change his name and then proceed to change the face of boxing. He dominated the scene until 1967 when he refused induction into the US Military due to his religious beliefs. Then came the eight-man elimination tournament, won by Jimmy Ellis.

Instead of Ellis, though, the powerful New York State Athletic Commission would recognize the winner of a match up between two unbeatens, Joe Frazier and Buster Mathis, and Frazier stopped Mathis in the 11th round. In 1970, Frazier stopped Ellis to fully claim the vacated title.

Later that year, Muhammad Ali returned to ring wars and halted highly ranked contenders Jerry Quarry and Oscar Bonavena. The stage was now set. Ali and Frazier would clash for the undisputed title.

The first Ali-Frazier bout was the epic that all others are compared to, even today. There is no reason in this article to describe the bout itself. Reams of print have appeared documenting the action that took place in the ring that magical night. What I would like to share is the impact that fight had on me and probably millions of others. I have never before or since March 8, 1971, felt the same way about a prize fight. Yes there were a few that stirred my anticipation like Duran-DeJesus II and III, Leonard-Duran I, Leonard-Hearns I, Pryor-Arguello I, Hagler-Hearns and Leonard-Hagler. Still, to this day, Ali-Frazier I tops them all.

Was Ali-Frazier I the best action fight of all time? I would have to say no, but for sheer anticipation, drama and excitement, this fight was the whole package. You had movie star Burt Lancaster as a commentator and Frank Sinatra as a photographer. Each boxer would receive $2.5 million for their night of work, an unheard sum of money for one fight in 1971.

I have never been so wound up with anticipation for a boxing match in my life. I was a few months shy of my seventeenth birthday and had been a boxing fan from the time I was ten. I had closely followed all the events leading up this day in boxing history.

On fight night I was at a party and we gathered around the radio listening to the round-by-round summary. We were pretty much split on the outcome of the fight but almost all of us were rooting for "Smokin' Joe." From the reports we could sense that this was a bout with shifting momentums. The ever-proud Ali realized that Joe had come to fight this evening. Maybe Ali took Frazier too lightly. Maybe Muhammad rushed too soon to get back in the ring after his lengthy layoff. Maybe, just maybe the Joe Frazier of March 8, 1971 was one of the greatest heavyweights of all time. I've never seen a boxer who laid it all out for one fight like Joe did that night. You've heard it said that a boxer would rather die than be defeated. On this night Joe would have died a hundred deaths before giving in to Ali.

Round after round went by as we listened to the radio. In the eleventh, Frazier rocked Ali and we as a collective group cheered. Even the ones who had bet on Ali to win. As the bout moved into the championship rounds, we were all on the edge of our seats. Then it happened. It was announced on the radio the Joe had decked Ali in the fifteenth round. More cheering and now the wait. Finally it was time to render the decision. The winner and still heavyweight champion of the world...Joe Frazier!

Oh, what a night. Thirty-nine years later I can remember it like it was yesterday. Ali, Frazier, my friends and myself are now entering the twilight of our lives. Still when I think of that night it takes me back to my youth and to the ultimate excitement that probably the greatest single sporting event of all time brought me. Thanks Joe and Muhammad.