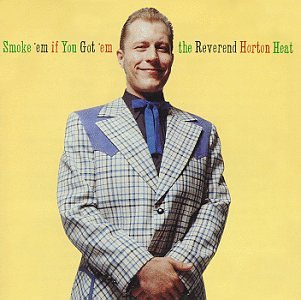 Just so you know, I decided against doing any April Fools Day gag posts, because I was worried someone would take it seriously and call me a liar and have some kind of psychobilly freakout all over the place. I had a pretty elaborate story about the Mosley-Mayweather fight being canceled when the drug testers woke Shane up at 2am and pissed him off, but I decided against running it.

On to the Eight Count!

Haye fans can help me beat him (The Sun)
John Ruiz is worried that David Haye's fans could influence the judges. I don't think we'll see the judges come into play either way, so hopefully he calms down some.

Guerrero eyes April 30 return to ring (Gilroy Dispatch)
Robert Guerrero is looking at an April 30 return to the ring in Las Vegas. He hasn't fought since he beat Malcolm Klassen for a 135-pound title last year, and had a scheduled fight with Michael Katsidis scrapped when his wife Casey needed to undergo a bone marrow transplant. Great to hear Robert will be back in the ring, because that must mean Casey's doing well.

David Rodriguez Talks Boxing, His Undefeated Record, and Next Opponents (KTSM Channel 9)
KTSM (El Paso/Las Cruces/Juarez) interviewed David Rodriguez, who was called the heavyweight division's "best-kept secret" as part of the hype for the Morales-Alfaro show. He's 33-0 with 31 knockouts, but he's also 32 years old, has been in pro boxing for 12 years, and has never come close to stepping into real competition. Maybe he can beat a guy like Mike Mollo, but we wouldn't know, because he doesn't fight guys that good.

Tabloid criticism of Joe Calzaghe is self-righteous nonsense (The Guardian)
"It's like, who HASN'T done cocaine, you know? I bet YOU have!" Actually, for the most part I agree with the article here. It's not that cocaine use should be condoned or brushed aside, but there are worse things in the world, and I just cannot quite explain how little any of this surprised me.

Boxing: Tua - all the way (NZ Herald)
Steve Deane of NZ Herald recaps the Tua-Ahunanya fight from Wednesday. According to Deane, Ahunanya "hardly fired a shot," but Friday felt he won the bout, and his trainer Luis Tapia insists they won every round. One thing I know is that David Tua is no more a legitimate contender today than he was before this fight happened, and he still hasn't fought a relevant contender in seven years.

Erik Morales Wants Marquez, Juan Manuel Says Maybe (BoxingScene.com)
I got a chance to watch the Erik Morales-Jose Alfaro fight from last Saturday, and let me tell you something, and I say this with the utmost respect to Erik Morales, a fighter I truly and greatly admire. If that's the best he can do, he needs to get out before someone hurts him. This delusional attempt to win a world title at 147 pounds is just bad, bad news. Recently he said he'd like a fourth fight with Manny Pacquiao, and now he says he'd like to fight Miguel Cotto at 147 or Juan Manuel Marquez at 144. Marquez says he'd consider it if the money was right. It *is* a fight that would have been great years ago, but at this point I wouldn't tip Morales to last more than five rounds.