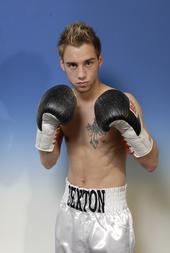 At 5 p.m. Eastern on Sky Sports, top U.K. flyweight prospect Ashley Sexton will be challenging for the Commonwealth belt held by Shinny Bayaar.  I should be providing live round by round coverage of this one. You can catch Dave Oakes' preview of this bout at our sister site The Boxing Bulletin.

At 10:00 p.m. Eastern on ESPN2, Herman Ngoudjo will take on Julio Diaz in a bout where both badly need a win over a decent opponent.  The winner will likely be back in the mix at junior welterweight.

At 11:30 p.m. Eastern on Telefutura, Golden Boy prospects Adrien Broner and Yathomas Riley will both be taking on journeymen in a card that isn't really a step down from what the old Wednesday Night Fights cards used to be.

If you want to discuss these cards or any other cards going on tonight, feel free to comment here.