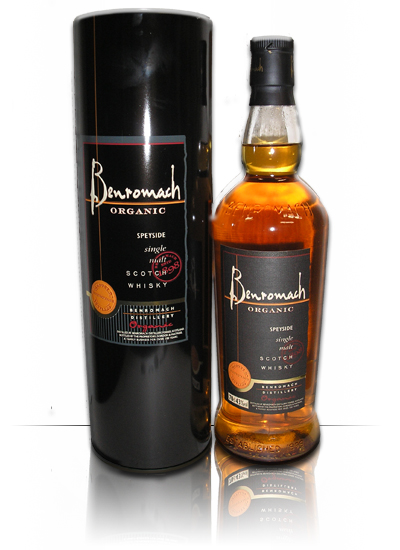 How much can you know about yourself if you've never been in a fight?

--Tyler Durden, the protagonist in the movie Fight Club.

For me, boxing is far more than a bout between two combatants in a square circle that is entered with knowledge of deadly risk and anticipation of high reward. Boxing is a visceral experience that has many different directions coming together including the wherewithal for passionate arguments and the witnessing of two men going mano y mano with the hope, but no guarantee, that the third man in the ring knows when the right time comes to save one of them... Boxing is a loser alone with his thoughts in the dressing room and a winner being hero worshiped by fans as fickle as the weather. It is defeat or victory, nothing more, nothing less, but the difference can break a spirit or generate great confidence.

Welcome to the latest edition of the Club (16th overall). As usual, we have some great sounds, smokes, and scotch (no Dixieland or New Ages allowed here). Tonight, we pay tribute to the Room Full of Blues, Tommy Castro, Jeff Beck, the Manhattan Transfer, and anyone else you want to hear, as I will put up the appropriate YouTube for your listening pleasure. D.J. "Bull" will spin any reasonable disk requested. Now sit back and pour yourself two fingers of Benromach Organic which is made in the smallest distillery in the expansive Speyside region. That alone should tell you just how much attention they pay to the finest details. As for a cigar, how about torching up a Cuesta Rey Centenario Pyramid No. 9 (Maduro Dominican)? The Cuesta Rey blend is smooth and creamy, exactly what one would expect from a premium cigar from this part of the world. It has a robust wood and nut flavor with a short finish.

Now, on to boxing and please don't hesitate to inject your own boxing topics, opinions, disagreement, or agreement.

1. The Pound for Pound Top Dozen

The first three are relatively easy, but after that, it gets pretty dicey. Why Manny over Mayweather as Number One? He fights more often and had greater momentum going for him. Mayweather picks and chooses carefully and skillfully while staying fit year around. The difference is razor thin.

What do you think?

This super fast and slick Middleweight (45-2-2) defeated WBC/WBO middleweight titlist Kelly Pavlik with a focused and superb fight plan that left the game Youngstown fighter a bloody mess. After having been robbed of a knockout over Kermit Cintron in February 2009 and after a razor thin loss to Paul Williams in December, he finally achieved his rightful place among the elite fighters of the world. His options are many as he finally gets to dictate his next moves.

He and his wife, Jennifer Carolina Viera, are gone now and we can only pray for those left behind. The collateral damage caused by this tragedy will be devastating.

I found it gratifying that "The Quiet Man" won respect as he wound down his long career-gratifying because I have always liked him even if most others found his style ugly and fan-unfriendly.

By now, the fight against David Haye in Manchester on April 3, 2010 has been vetted, but what needs to be highlighted is the grit and toughness that Ruiz showed. After a few rabbit punches (one for which Haye was deducted a point) John continued to fight on without complaining to the referee. He fought a determined fight always coming forward, but simply could not cope with the Englishman's explosive power and speed. With his nose badly bleeding, and having been decked twice in the 1st, once late in the 5th, and again in the 8th, John was fast approaching the point where he would need to be saved from himself, because he is that kind of fighter. Finally, the towel was waived in the 9th and the inevitable TKO came.

A few weeks after the fight, this proud Puerto Rican fighter (via Boston, MA) made the decision to retire. He had been in a lot of wars against a high level of opposition and fought 331 rounds. Clearly it was time. But somewhat ironically, he accomplished one very important thing on April 3. John Ruiz won respect across a broad fan base.

Look, quit is not in John Ruiz's DNA.

I hope I can do well and put on good fights for the fans in Prizefighter. I want to feel good in the ring, as I do in the gym in training. The truth is, I don't know for sure how I'll feel on fight night. But Cheryl [Wayne's wife and manager] says maybe I should retire when I'm fifty (laughs). Maybe I'll do a George Foreman and win the title back at age 45!

In somewhat depressing news (at least depressing to me), former WBC bantamweight champion McCullough, now 39, confirmed he will be a participant in the next installment of Barry Hearn's "Prizefighter" series set for May 29th, at super-bantamweight.

The scary thing is, those were just about the exact words Irish Jerry Quarry used when he came back to fight Ron Cranmer in Colorado in 1992 after having retired in 1977 and then again in 1983. Jerry died 7 year later.

These days, when I watch Evander Holyfield try to recapture the magic, I think back to Aurora, Colorado. I think about watching Muhammad Ali, a shell of the man he once was, enter the arena to cheers on the night of the Mayweather-Mosley fight. The thing is, boxers are not reborn at the age of forty-four or forty-eight. A George Foreman comes along only once in a great while. Wayne McCullough is no George Foreman, at least I don't think he is, but I might be wrong. Not many can do a "George Foreman."

Clearly, the road to Canastota is now assured for "Iron Mike." Or so it would seem (to me at least).

Give me the strongest stuff you've got that won't kill me.

The only time I lose it is when I cry out to God, 'Why would you give me this child and then take me away?' The only thing that kills me is, how do you explain to a 4-year-old that I'll see you again, that we'll be together forever?

He starts chemo again on May 6 - "chemo beats the hell out of you, but my oncologist said, 'I really feel this is going to extend your life.'"

And he's focused on the "little girl that needs me." While he has grown children, Charles says Giovanna is singular: "I never knew this kind of love....This is all very frightening....But I don't have a sense of dread."

This is the kind of thing from which you gain humility and strength. Give it hell, Nick, give it hell. We pray for your recovery.

9. What do Chad Dawson, Sakio Bika, Devon Alexander, and Timothy Bradley seem to have in common?

10. Prospect of the Month

Edwin "La Bomba" Rodriquez (15-0) is not so much a prospect as he is a streaking super middleweight who fights out of Worcester, MA via Moca, Dominican Republic. An accomplished amateur, he has displayed his skills in 7 different states. He is coming off a two nationally televised destruction's of veteran George "The Rooster" Armenta and Kevin Engel. Armenta was taken out by a lethal left hook to the body at 47 seconds of the opening round. The rugged Engel was dropped by a crunching right to the body. The referee began counting, but Kevin never made a move to get up. He was finally counted out as Team Rodriguez - Larry Army, trainer Peter Manfredo Sr., and cut man Dave Tenny celebrated in the center of the ring.

The 2005 USA Boxing National Championship and 2006 U.S. National Golden Gloves golden medalist is currently ranked No. 12 by the NABO and No. 14 by the NABF and has been receiving rave reviews from boxing writers and fans alike for his fan-friendly style and humble attitude. "La Bomba" bears watching.

Speaking of prospects, am I the only one who was greatly impressed by the skills of Saul "Canelo" Alvarez when he stopped teak tough Jose Cotto, though I did feel Cotto earned the right to lose the decision? For a nineteen year old, Saul has moves I haven't seen in a long time. His record is 32-0-1 but it might be 46-0-1 if he gets credit for an additional 14 fights that are in the process of being confirmed. A look at his record reveals that he was 17 (in 2008) when he waxed Colombian Raul Pinzon in one. Now Pinzon is the guy who put Hector Torres through 10 rounds of pure hell before succumbing. Torres gave Miguel Cotto all he could handle and split two with Kendall Holt. "Canelo" (Cinnamon-Head) also starched Russian Marat Khuzeev. If he is managed properly, he has a great future-if.

After annihilating (and retiring) Walid Smichet (20-6) coming in on April 3, 2010 to capture the Canada Super middleweight title, the young Montreal bomber moved his record to 22 (KO21)-0. He faces his biggest test on June 11 when he meets Elvin Ayala (20-9) at the Uniprix Stadium in Montreal. At stake will be the vacant WBC International middleweight title. The crafty Ayala has been stopped just once and that was by Arthur Abraham in the 12th round of a savage affair in Germany in March 2008. Having won his first 16 pro fights, he also fought to a draw against Sergio Mora prior to the Abraham fight.

This will be a good measuring stick for the 21 year old Lemieux who continues to fight at an active Old School-type pace. Oh yes, I hope to be at ring side for this one. Let's get it on.

"Level playing field" vs. traditional testing. Now that Mayweather has dismantled Mosley, the leverage is clearly in his favor in any negotiation over this matter. However, my own feeling remains that a Boulwaristic approach of "take it or leave it" on the part of Mayweather will begin to erode at some point opening the door for a compromise-and for the fight to be made. But the back and forth arguments rage on...

13. A Personal Message to My Fellow Boxing Friends

My heartfelt thanks to each and every one of you for your many get well messages during my recent health episode. It was my first experience in a hospital (as a patient). I will relate one little incident. When I asked the neurosurgeon to give me the odds on my impending surgery, he looked me in the eye and said "it's a no brainer."

For a musical and photo tour, visit the author's website at www.tedsares.com. Also, please sign the guest book so I know you dropped by?