Gamboa-Salido could be back on, says Arum

Share All sharing options for: Gamboa-Salido could be back on, says Arum 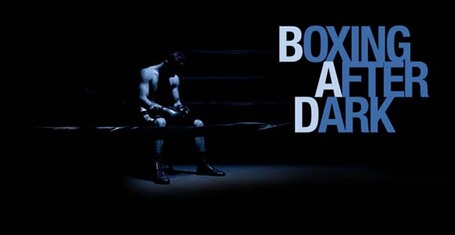 Lem Satterfield of FanHouse reported yesterday evening that if Elio Rojas does indeed pull out of his September 11 bout with Yuriorkis Gamboa, it is possible that Gamboa's original opponent for Boxing After Dark, Orlando Salido, could be stepping back into the fold.

Salido has been offered to HBO, and the network is considering the fight, says Bob Arum.

"We've suggested a replacement for Rojas and HBO is considering it. It's another champion, Orlando Salido," said Arum. "Salido is a really big puncher and a fellow champion and that makes for a really good fight."

Arum has dismissed the idea of Gamboa fighting 5'11" Celestino Caballero, who says he's ready, willing and able to jump into what would be the biggest fight of his career. Caballero has repeatedly called out Top Rank's two top featherweights, Gamboa and Juan Manuel Lopez, to no avail.

Arum says that Caballero, with his height and reach, is a special case and that it's too late in the game for Gamboa to get proper training in for him, and to be totally honest, I buy that. Caballero is unlike any other featherweight. Gamboa-Rojas was a very good fight on paper, and while Gamboa-Caballero would be phenomenal to get, it's hard to argue with Gamboa-Salido as a replacement. Salido (34-10-2, 22 KO) won the IBF title from Cristobal Cruz in May, and while he would be a massive underdog against someone as explosive and dynamic as Gamboa, it's about as good as you're going to get for a replacement fight at this stage in the game. No one should have expected Caballero to get in there now, though it can definitely be argued he should have already been there in the first place.