Analysis: Alvarez (39-0-1, 29 KO) pretty well handled Cintron (33-5-1, 28 KO) after feeling him out for a couple of rounds, forcing him to a knee and badly hurting him again late in the fourth round, and then laying in enough heavy shots that the referee had seen enough late in round five. Cintron looks like a man who is disinterested in engaging in a real fight anymore, which has sort of been the feeling ever since Antonio Margarito crumbled him for the first time back in 2005. Cintron doesn't like being hit, and really doesn't respond well to it at all anymore. It looked like an easy win over a shot, irrelevant opponent who didn't deserve the title fight going in, and that's what we got. Any future major fights for Cintron should be dismissed as a sham. And I don't even know what the HBO team was getting so nostalgic about last night.

Off-TV, one of my personal favorite prospects, Leo Santa Cruz, won again, improving to 18-0-1 (10 KO) with a total nothing fight, beating a guy who was 0-1 coming in. But even that may have been better than what they gave Nobuhiro Ishida (24-6-2, 9 KO), as Ishida was facing a guy making his pro debut. For those who don't know know much about Sal Sanchez II (27-4-3, 15 KO), imagine JCC Jr or Jorge Paez Jr or Hector Camacho Jr, but worse. Middleweight prospect Gilberto Ramires Sanchez (20-0, 18 KO) keeps plugging along. 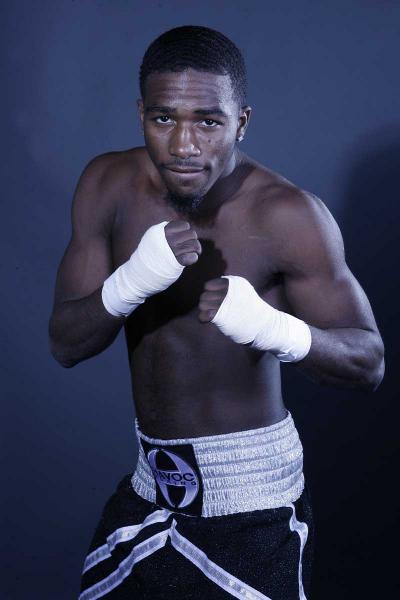 Analysis: It would be quite a stretch to say that any of these guys picked up a significant win, but all of them did their damage fast and thrilled the small but vocal crowd in Cincinnati. Broner (22-0, 18 KO) has major talent, but is already picking up a reputation he may not want. He does a little Floyd Mayweather impression with the hair-brushing and the ego, and it's all just forced personality. But whatever, I guess -- if people remember him for that and tune in to see him fight for any reason, it's good, and though I'm not sold on the kid (he reminds me more of Devon Alexander than any great fighter), his skills are clear.

Russell (19-0, 11 KO) on the other hand is, I believe, going to be the real deal. His only downsides that I can see so far is he's not a real big puncher (though Heriberto Ruiz may disagree, as Russell knocked him flat out) and he's short even for a featherweight, at a listed 5'5" that really may be closer to 5'4". The punch can be offset by his outstanding speed (he's up there with the fastest in the sport) and strong fundamentals. But he might not have a whole lot of room to move up in weight as he gets older, which could make for a short prime.

And then there's Wilder (20-0, 20 KO), still doing the same damn thing he's done since turning pro, learning nothing while he demolishes a guy who's way below his level.

If I were grading these guys on their overall potential, as in how good of a career I expect them to have, I'd go: Russell with a strong B+ or maybe an A- if he can stick at 126 pounds for most of his career; Broner as a B for now, but cautious that it could go way up or down; and Wilder at D+. Wilder is just doing nothing with his pro career, and keep in mind he's also 26 years old.

Analysis: Arce (59-6-2, 45 KO) got his second win over Angkotta (25-6, 14 KO) in a fairly bogus vacant bantamweight title fight, giving Arce his fourth full world title and, in his mind, his fifth. So now Arce thinks he's one ahead of Erik Morales, but he's not, really. This was a much better fight than their first bout in January 2010, when Angkotta came with the strategy to stand still against the ropes and let Arce punch him. This time, Jorge didn't have any easy outing, and had his hands full. The plan is for him to move back to 122 pounds and go after the WBO belt he just vacated, if and when that title is contested between Nonito Donaire and Wilfredo Vazquez Jr, which is expected in early 2012. Arce won this one on scores of 118-110, 118-110 and 117-111. The fight was absolutely closer than those scores make it sound.

Analysis: Hey, look everyone. It's Humberto Soto in another weak fight. Soto improves to 57-7-1 (34 KO) with this "no shit" win. Honestly, if you grade on a curve, Soto's schedule isn't that much better than Deontay Wilder's. Honestly, as much as I've railed on Soto, look -- if he wants to fight this level for the rest of his career, it's no skin off my ass. He's not taking up HBO slots with these fights or anything, so whatever. I'll continue to doubt his claims that he wants the big fights until he actually makes one (he's not lacked for a power promoter at any point), but he's not really harming anything beating up a bunch of crappy opponents.

37-year-old former lightweight champ Castillo (63-11-1, 54 KO) returned for his first fight since March, when he was easily defeated by Jorge Paez Jr in Mexicali. In so many ways, Castillo has only himself to blame for his current predicament, where he's fighting because he needs the money badly, but I still do feel a bit sad for him -- he's got nothing left and hasn't looked like he wanted to be in a ring since Ricky Hatton tore him apart. He's had a long, memorable, tough career, is the only man I think has a legitimate argument to have beaten Floyd Mayweather Jr, and was part of the best fight of my generation. And this is what it's come down to for him.

Analysis: Oosthuizen (17-0-1, 12 KO) is one of my favorite prospect/contenders out there -- those guys who haven't fully matured or developed yet but are already doing a little damage. Really, Adrien Broner is sort of that same level, but his division's weaker so he ranks higher. Any 6'4" super middleweight with real talent is going to turn my head, though. This is a guy to watch at 168, if you haven't been doing so already.

Analysis: Apparently that night in September in Vegas was just a total off-night for Crolla, who struggled with a club fighter at the MGM Grand, because he dominated Limond in this one. Not that Limond (34-4, 8 KO) is some top talent, because he's far from that, but Crolla (23-2, 9 KO) looked so iffy in September that I thought this might wind up competitive. Not so much. Hall (24-4, 16 KO) was essentially giving the fight game a final go against Carslaw (14-1, 3 KO), and came out winning on scores of 96-94, 96-94 and 97-95.

Analysis: Rhodes (46-5, 31 KO) had some thinking to do after his blowout loss in June to Canelo Alvarez in Mexico, but returned on Saturday a little north of middleweight for a get-well win over Khomitski (23-9-2, 9 KO), which was a decent enough choice of opponent. You may remember Khomitski as the man who retired Jamie Moore in April 2010, in Moore's first fight back after a grueling TKO loss to Rhodes in October '09. He's shown that if a fighter has nothing left, he can prove it.

Woodhouse (16-3, 11 KO) got his win when McArthur (16-3, 2 KO) pulled out of the fight with a hand injury. And just in case you're possibly wondering, no, that's not Ike Quartey that lost to former British junior welter champ Barnes (25-2-1, 11 KO). I assume I don't have to tell any of you who read this far that, but I am continually astounded by some of the things boxing fans around the internet say in full confidence that they're making sense or are correct, so I figured I'd mention it.