Share All sharing options for: British Boxing: Five Fighters Ready to Take the World Stage in 2012

Oli Goldstein returns to Bad Left Hook this morning with a look at five British fighters who might be ready to break on through to the other side in 2012.

The month of December is a big one for British boxing. On Friday night, Martin Murray challenges for a world title in Germany. The next day, his namesake, John, fights Brandon Rios in the co-feature for Cotto-Margarito. A week later, Amir Khan defends his light welterweight crown against Lamont Peterson in Washington, before Carl Froch meets Andre Ward in a huge fight on 17th December for the Super Six crown. Needless to say, the next two weeks are big.

However, with so many of the top British fighters on display in the coming weeks, I felt it was worthwhile looking at the next batch that could potentially break through on the world scene in the next year.

He's not the prettiest to watch, and he's certainly not the most exciting, but Ashley Theophane has developed over the past few years into an excellent boxer. This is a guy who knows his identity as a fighter. He boxes at his own pace, with his good footwork and lateral movement used to upset the rhythm of his opponent.

When Theopane fought Lenny Daws in February for the British light welterweight crown, his ability to pull Daws off balance saw him nullify the champion's generally high punch output, while landing slashing punches when Daws lunged in. Having been highly unlucky to lose a decision to Danny Garcia in yet another example of Golden Boy's inept matchmaking skills, Theopane acquitted himself well against his best opponent to date in Delvin Rodriguez, although luck was on his side this time as he won a pretty dubious decision.

Nevertheless, he's since returned to the 140 lb weight class, and with guys like Amir Khan and Tim Bradley talking up potential moves to welterweight in pursuit of the big money fights, there could be a hole opening up for someone like Theophane or Ajose Olusegun to grab a world title belt. Now promoted by Ricky Hatton, Theopane should have the backing to hopefully get the opportunity he deserves. He next fights on 10th December against Nigel Wright, in a fight he certainly should not overlook, but nonetheless one most would expect him to win.

Plenty of people are high on Quigg, and for a number of reasons. For starters, he's a huge super bantamweight at 5'8, and has shown a willingness to impose his size on smaller fighters. Jason Booth, a stalwart on the British scene for many years, found it almost impossible to escape from the pressure applied by Quigg in their October fight, eventually retiring at the conclusion of the seventh round.

However, Quigg certainly isn't all about size. With agile feet, Quigg is effective at both cutting off the ring and boxing off the back foot. He possesses a wide range of punches, with a particularly strong right uppercut, as well as quick, powerful hands. Training under Joe Gallagher and promoted by Ricky Hatton, Quigg has an excellent team behind him to hopefully propel him to stardom. Solid domestic fights against the likes of Stuart Hall and Jamie McDonnell most likely beckon in the immediate future; however, fighting in a division hardly packed with world-beaters - with Nonito Donaire, its unquestionable star, sure to move up to featherweight pretty rapidly - Quigg might just be the man to emerge on the world scene as the outstanding fighter at the weight class.

Aged just 23, I realise the next year might be a step too soon; however, given his size, talent and the division he's in, the sky could really be the limit for the Bury fighter. 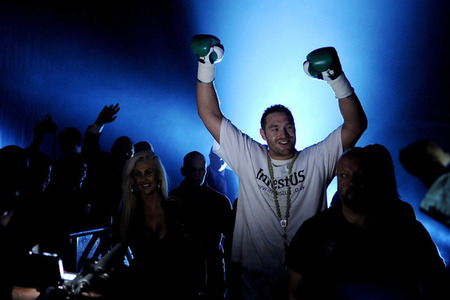 Great name, big mouth, exciting to watch... what's not to like? Although Fury has his fair share of critics, he keeps winning, and has stepped up his competition in a big way in the past 18 months. Guys like Neven Pajkic and Nicolai Firtha are little to write home about; however, Fury inflicted a first career loss on Dereck Chisora with an excellent display that saw him rally after being hurt badly in the second round.

He gets hit a fair amount, and he doesn't throw the Ali-style combinations that he likes to think he does, but Fury is physically massive, standing at 6'9 with a 85 inch reach, and blessed with a big heart. He needs to settle down with a full-time trainer, having graced half the gyms in the UK with his presence in recent years; however, what Fury doesn't lack is one hell of a fighting spirit, and that could count for a lot in this sorry heavyweight division.

Talks over a potential fight with Alexander Povetkin have reportedly been explored, while a match-up with Robert Helenius, should he defeat Chisora this coming weekend, would undoubtedly be attractive. He isn't going to beat a Klitschko any time soon, but Fury will be looking to step up past domestic competition in the next year and try to make a splash on the world stage. If he does, it could be quite a splash. 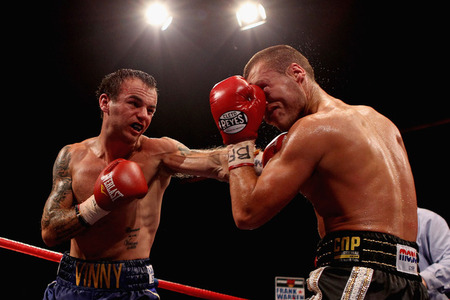 This talented lightweight looked to have thrown his career away at the turn of 2011, and talks about retirement in the wake of his May 2010 loss to Michael Katsidis invited serious questions about Mitchell's desire to make it on the world stage. More than that, the manner in which he folded to Katsidis so early in their fight cast serious doubts on whether Mitchell was actually to good enough to compete beyond the domestic scene.

Nevertheless, he returned in July this year to record an upset victory over previously-undefeated John Murray, in what was the British fight of the year. Mitchell showcased his undeniable skills, boxing beautifully off the back foot and rocking Murray repeatedly with hard combinations; more importantly, he showed that he could stand intense pressure and had the stomach for the fight.

While Murray is somewhat more robotic than Katsidis, his constant forward motion posed many of the same questions that the Australian asked. This time around, with his head screwed on, Mitchell showed he could answer them. Currently clogging up Twitter with pleas to Frank Warren to match him with Ricky Burns, Mitchell could be inhibited by drug charges still hanging over him.

However, should he get his private life in order, Mitchell undoubtedly has the talent to be competing for world titles. A fight with Brandon Rios could be quite something, while a guy like Antonio DeMarco could play straight into Mitchell's hands. 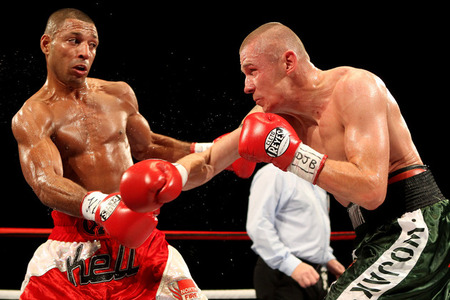 It's taken a while, but Kell Brook is surely on the verge of a world title shot now. Having been talked up by many, Kell appeared to stagnate under Frank Warren; however, since signing with Eddie Hearn and Matchroom, Brook has comfortably defeated Lovemore N'Dou and thrashed Rafal Jackiewicz to signal his intent.

Although that's no death row of welterweights, the fight with N'Dou was noticeable for Brook stunning the South African veteran repeatedly in the late rounds, something Canelo Alvarez, for one, was unable to do. Luis Galarza on 17th December should be easy pickings for Kell, who is blessed with excellent reflexes, extremely quick hands and a lot of pop. I'd back him over most welterweights right now barring Messrs Floyd Mayweather and Manny Pacquiao, and I think it's really just a matter of time before Brook becomes the most recent world champion from the legendary Ingle gym.

With these five fighters set to graduate to the world stage in the coming year, and guys like George Groves, James DeGale, David Price and hopefully Frankie Gavin also coming on strong and sure to make the step up soon, we could be heading into what truly represents a golden era for British boxing. Where once people might have worried about finding replacements for the likes of Ricky Hatton and Joe Calzaghe, I think British fight fans can rest assured that the future's safe in these fighters' hands.