Share All sharing options for: Bad Left Hook Weekly Boxing Rankings for May 2: Goodbye to Floyd

Plenty of shakeup at 108 pounds this week, plus two notable fighters drop out of the rankings. One of them should have been out last week but that was an oversight by me, so forgive my mistake in this most serious of matters.

Floyd Mayweather Jr. has been inactive for one year and has announced no upcoming fight, and there isn't even a strong rumor of one coming, just hints. So Mayweather is out at 147 pounds, where he was ranked No. 2 behind Manny Pacquiao. Moving up to No. 2 is Shane Mosley, meaning that the May 7 fight between Pacquiao and Mosley will be, somewhat sadly, a 1-2 fight in the division rankings-wise. Unless Mosley upsets Pacquiao, or is at least highly competitive, the No. 2 welterweight in the world by our rankings next week will be Victor Ortiz. Isn't that just about the damnedest thing? Even I admit, as unusual as I am about rankings compared to many who compile rankings, that that just sounds wrong. But who else? Vyacheslav Senchenko? Jan Zaveck?

With Mayweather out, the new entrant into the welterweight rankings is Poland's Rafal Jackiewicz (38-9-1, 19 KO). He's got some quality wins and was very competitive with Zaveck last year, and is also the only fighter to beat Zaveck.

Mikkel Kessler should have been out at 168 pounds last week, but keeping track of everything can sometimes be a pain and these things will happen. So it took an extra week, but Kessler is out until he fights again. I was hoping that he and Lucian Bute would have come to terms so that he could stay in, but he does not. Kessler was ranked No. 3 at super middleweight. The top five is now Andre Ward, Bute, Carl Froch, Glen Johnson, and Sakio Bika. Trinket-carrier Robert Stieglitz comes back into the rankings at No. 10. Next week, Librado Andrade will be out, as he fights on Friday and will be staying at light heavyweight from there.

Kermit Cintron was on the watch list, but he is scheduled to return on July 9, so he'll get an extension. Cintron hasn't fought since May 8, 2010.

It was a big weekend in the junior flyweight division, and the 6 through 10 spots in the rankings are all mixed up this week. Coming in new to the rankings at No. 6 is Adrian Hernandez (21-1-1, 13 KO), who stopped previous No. 6 Gilberto Keb Baas on Saturday night in Mexico. Baas falls to No. 9.

Ramon Garcia Hirales (16-2-1, 9 KO) got revenge with a KO-4 over Jesus Geles on Saturday, and switches places with Omar Nino. Hirales moves up to No. 7 from No. 8. Geles, who was previously ranked 10th, falls out of the rankings to make room for Hernandez.

Ulises Solis beat Luis Alberto Lazarte, also on Saturday, but doesn't budge from his No. 3 ranking. Lazarte, wretched as he is to watch fight, hangs on at No. 10, dropping just one spot.

At 115 pounds, Drian Francisco (9) is out following his loss this weekend. Yota Sato comes in at No. 10.

After the jump, a look at fighters I expect will make their way into the rankings sometime in the near(ish) future. 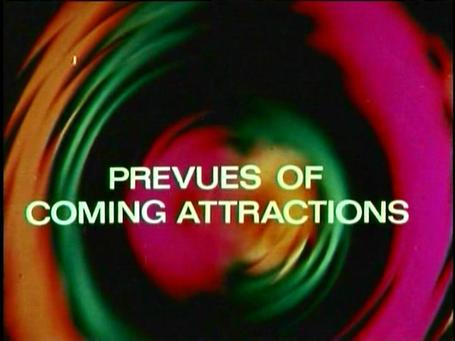 Helenius may already be ranked in the top 10 for you, but I've got him just outside the fold. And I mean just outside -- I'd have him at No. 11 right now. He put an exclamation point on his rise as a prospect with a knockout of longtime contender Samuel Peter on April 2. If Helenius does something impressive again soon, he might just force his way in without anything else happening to Odlanier Solis (9) or Ruslan Chagaev (10). [Video]

This is, as we have said about Garcia, all about desire. The 23-year-old Cuban has serious talent, a lot of power, and big upside. A safer bet might be Ismayl Sillakh (15-0, 12 KO). Sillakh doesn't have Garcia's ceiling, in my opinion, but he's another guy who will be in sooner than later, and probably will get there before Garcia. [Video]

The obvious here is James DeGale, who could be in very soon, so let's look in another direction. Quillin looks like he'll settle in at super middleweight after starting his career at 160 pounds. He looks really strong at the weight after demolishing Jesse Brinkley last Friday. It's all about the incredible Vortex machine, of course, but I also suspect that training out of the Wild Card and just plain shaking off the rust has done something for him, too. [Video]

Yeah, I said it. I think Chavez has finally made real strides working with Roach, and don't forget he's still only 25. I hesitate to curse anyone at 160, as years ago I had Andy Lee ranked right before he lost to Brian Vera, and recently had David Lemieux ranked right before he lost to Marco Antonio Rubio. Such is the risk of ranking guys who are still basically prospects. [Video]

Trout, 25, has a very legit test coming on June 11 against the unheralded and overlooked David Lopez (40-12, 23 KO). But if he gets the win in that fight, his case to be ranked is pretty damn good. If he had signed with one of the major promoters, I suspect he'd already have had a lot more exposure by now.

I'm not crazy about Solomon, but some very smart people like him quite a bit. The division is ripe for the taking past Pacquiao, and Solomon is on the rise, while many of the veterans at 147 are definitely not. [Video]

Tough to find video, but Nakamura is 23 and has already claimed the OPBF belt at 130.

23-year-old Ramos is knocking on the door already, and the Goossen Tutor fighter might get a title shot by the end of the year. [Video]

Banal was knocked out by Rafael Concepcion a few years ago, but he was still just a boy. Now 22, Banal's progress up the ladder has slowed down, but he's become a better fighter in the process. [Video]