Share All sharing options for: Five Potential Opponents for Manny Pacquiao in 2012

I don't want to flat look past Manny Pacquiao's next fight, which will come on November 12 against Juan Manuel Marquez, but let's be serious: Most of us consider Pacquiao a pretty heavy favorite in that bout, and the minute it ends, if Pacquiao is victorious, attention will shift to a really big question.

Manny Pacquiao will turn 33 on December 17, so fact is he's not getting any younger. And while the Filipino superstar loves to fight and loves to go to work in the boxing ring, there have also been strong indications that he's not long for the ring. Certainly, one would expect Pacquiao to leave the sport by age 35, and with two fights a year, that would mean six more fights at the very, very most -- and the very, very most doesn't seem likely.

If Pacquiao beats Marquez in November, the pool of potential opponents shrinks once again. You can count out all potential suitors currently employed by Golden Boy Promotions, so that means no Victor Ortiz, because the Top Rank vs Golden Boy feud is nowhere near calming down enough to see the two giants working together once again.

Let's take a look at five possible 2012 opponents for Pacquiao.

I know some of you are groaning, and rightfully so. But Judah's name has been used at least as a red herring recently in the Pacquiao talks. Before Top Rank "officially decided" on Marquez for Pacquiao's November opponent, Judah was one of the names mentioned as a possible foe. Now 33 himself (with a birthday in October), the Brooklyn native has without question seen his best days, and if he manages to land a fight with Amir Khan on July 23, could put himself out of even a darkhorse spot in this race.

The pros of Judah are that he's still got some name value and he's still a little bit marketable. And I guess if Top Rank lost their minds, they could stage this fight in Madison Square Garden, which used to be one of the meccas of professional boxing but thanks to New York taxes, isn't so much these days. The cons are only cons to that minority of fans who know what's what. Judah's past his expiration date, but big deal, apparently. Shane Mosley was at least a year past his, too. A lot of people bought that, and while it's unlikely Judah would be able to help Manny match those PPV numbers, it could do OK. Maybe. This is also an indication of how shallow the pool is for Pacquiao.

What Could Make This Happen, In One Word: Desperation. 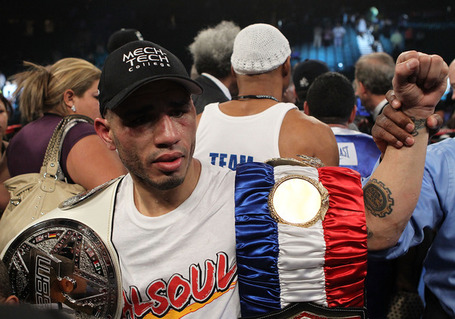 Another potential groaner, but Cotto may be Top Rank's -- well, probably not ace in the hole, but at least jack up the sleeve. The company keeps Cotto in reserve for just about every Pacquiao date, it seems, in case all other avenues are exhausted, and given the popularity of both fighters, I'm sure a rematch is something they're fully prepared to run with at some point when there's just nothing else to do, which could very well come next year.

I'm not even against it. I don't think Cotto, who is also past his best, really beats Pacquiao in any fight outside of a fluke anymore, but the Cotto that Pacquiao fought was definitely not the Miguel Cotto of today. For that fight, Cotto essentially trained himself with buddy Joe Santiago serving as "guy who sat where trainers sit" between rounds. He's now under the care of Emanuel Steward, who has seen Pacquiao up close and personal numerous times now, and seems to have reinvigorated Cotto. If nothing fresh is available, this is the rematch for me. And they'd still make serious money, because Cotto and Pacquiao have fanbases that support their fighters.

What Could Make This Happen, In One Word: Unavailability.

Bradley isn't a star attraction -- yet. Top Rank has said that while they won't tamper with Timothy Bradley, they would definitely be open to negotiating with him after his deal with Gary Shaw Productions expires on June 30. Top Rank knows better than anyone that they're limited in what they can do going forward with Pacquiao, at least as it appears now. If an undefeated, young, American fighter like Bradley could come into the fold and give them at least one mega money fight with Pacquiao, that could be worth a deal with the California native.

Would it sell? Maybe. Top Rank might have to do some good marketing and matchmaking with Bradley beforehand, but that's doable. Bradley isn't a star because he hasn't been promoted by a guy who makes stars. No offense to Gary Shaw, but what was the last fighter in his care you could call a true star? He's a TV promoter, and very good at that, and exceptional at getting not just TV exposure for fighters whose cases aren't easy, but getting them good TV exposure and good pay. But he's not Top Rank. It's a different level.

What Could Make This Happen, In One Word: Strategy. 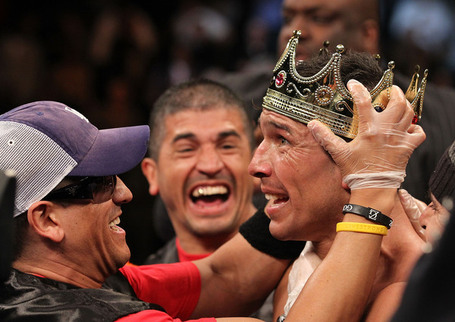 I've said time and again that I don't think it's even remotely fair to request that Manny Pacquiao fight the middleweight champion of the world. But Sergio Martinez wants a big fight, and bless his heart, he deserves one. He's become as big a star as a guy from Argentina who doesn't give choice interviews is going to become. He's a darling at HBO. He's the prize of Lou DiBella's stable. And he beat the man (Kelly Pavlik) who beat the man (Jermain Taylor) who beat the man (Bernard Hopkins). He's the real deal champion. And he's a hell of a good fighter.

Martinez and Pacquiao seem to have some of the same qualities, at least in terms of their views on their own careers. Martinez is 36 years old and like Pacquiao, isn't looking to stick around in boxing forever. Like Pacquiao, he has outside interests that should support a happy post-boxing life.

If Manny Pacquiao and Top Rank really find themselves against a wall, I can see them trying to make this fight at a 150-pound catchweight. It would burn Martinez down to almost nothing, probably, and take away a lot of his natural size advantages. But I wouldn't expect this unless they start feeling that Martinez is weakened.

What Could Make This Fight Happen, In One Word: Recklessness. 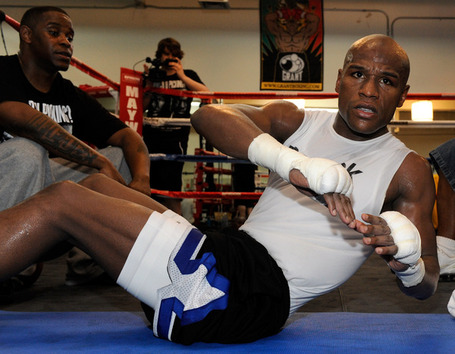 And here's where I really tell you that only a fool is still waiting on this to happen with any realistic hope that it will. The last time there was this much "will they? won't they?"-type discussion so endlessly, Ross and Rachel were still two years away from actually getting back together. But they did get back together. So I guess there's that. But by the time it happened, it felt cheap, fake, and tacked-on.

Apologies to those who still haven't seen the last episode of "Friends."

What Could Make This Fight Happen, In One Word: Miracle.