After the Fact Recap: Tomas Rojas vs Suriyan Sor Rungvisai

Share All sharing options for: After the Fact Recap: Tomas Rojas vs Suriyan Sor Rungvisai

One of the things I've been considering doing from time to time is a full-fight recap and round-by-round summary of a fight that just happened over the past weekend that we did not see live, but was meaningful, or reported to be great, or whatever.

A lot of these fights will be international bouts that deserve a little of the spotlight but are hard to catch live, and the first fight will be an example of that: From Saturday in Thailand, Tomas Rojas goes on the road to defend his WBC super flyweight title against Suriyan Sor Rungvisai.

The fight is up on YouTube. Here's round one:

Rojas looking to box from the outside, which given his height advantage is certainly a reasonable idea. Rojas is listed at 5'8", Rungvisai at 5'3", and that seems about right. Rungvisai having some nice moments countering, and leading the action by coming in with his right hand on the southpaw Rojas. Rojas looking to use the jab, but not having a lot of success, and Rungvisai landing better shots as the round goes on. Rungvisai 10-9

Rungvisai with a nice counter flurry after Rojas misses wild with a left, then Rojas motions to referee Jack Reiss that he was hit low in there. Rojas with a little right hand coming in. Rungvisai totally content to try to stay outside the pocket, time Rojas for openings, and come in leading with his right. Rungvisai is just staying too far outside for Rojas to really land on him, and then he jumps in and gets out -- sort of like Jean Pascal against Chad Dawson. Rungvisai 10-9, Rungvisai 20-18

Rungvisai continues to pick his spots effectively, and when Rojas does land, Rungvisai manages to get away pretty quickly, and then take the control of the pacing right back. He also has a habit of making Rojas look reckless and a little silly when Rojas does make a move offensively, by making him miss, landing a pot shot or two, and resetting the action. Rungvisai ties up on a Rojas push, then Rojas complains of a headbutt. Extended break as Reiss looks at Rungvisai and talks to him, then the two wait for his instructions to get going again. This all leads to Rungvisai and Rojas getting in close and trading heavy shots. but Rojas getting in his licks as the two land in stereo at times, including good body shots. Round ends, Rungvisai smiles, nods, and they tap gloves. It's a fight now. Rojas 10-9, Rungvisai 29-28

Now getting very scrappy, as they start the round as the last one ended. But Rungvisai goes back to getting some distance, again looking to come inside with little rushes. Rungvisai looks so much better than his record, and so much craftier than a 22-year-old fighter, that both of those can be kind of thrown out. His fight with Wonjongkam was no fluke or result of Pong being a little long in the tooth. The kid can scrap. He took the momentum back this round. Rungvisai 10-9, Rungvisai 39-37

Rojas just having a devil of a time dealing with Rungvisai's tactics and style. The fight continues to resemble Dawson vs Pascal, and though he's more willing to trade than Dawson was, Rojas isn't throwing enough and is getting out-flashed pretty badly. Rungvisai with a nice flurry, which mostly wakes up Rojas, who then starts throwing. But there's no rhythm to Rojas in this fight, and too often he's missing badly. Rungvisai 10-9, Rungvisai 49-46

Rojas starting to bring a little more consistent pressure this round, and landing some good shots in close. 1-2 from Rojas, not pretty and not flush, but it keeps Rungvisai neutralized. Just looking at the two fighters, you'd expect more body work from Rungvisai. He's had some, but breaking the bigger man down would be the stereotypical approach. Rungvisai having his moments this round and staying in it, but this is much better from Rojas, who has landed some sharp shots, had some nice flurries, and cut down Rungvisai's offense better. Rojas 10-9, Rungvisai 58-56

Now Rungvisai really zeroing in on the body in close, and taking the momentum right back. He's done that well when Rojas has surged a little in this fight. One way or another, Rungvisai gets control back. Rungvisai blocking huge shots inside from Rojas. Really nice defensive work in close. Sometimes I feel like good defense is ignored, or at least underrated, if it's not a Winky Wright/Arthur Abraham guy standing with his gloves in front of his face, or a Mayweather type of approach. Rungvisai 10-9, Rungvisai 68-65

Rungvisai totally in control of the pace of the fight at this point. Rojas is staying with him and chipping away where he can, but it's Rungvisai making this fight what it is, and Rojas just can't get a firm grip on attacking him. The way that Rungvisai has controlled this fight is so simple, but so effective. He just isn't letting Rojas build any steam, and Rojas looks like a fighter who, while very game and willing to fight, didn't come into this fight expecting Rungvisai to be this good. Rungvisai 10-9, Rungvisai 78-74

Knowing he's down with four rounds to go, Rojas comes out ready to fight. I guess that's the upside of open scoring. Over time I've grown to hate the concept less. Usually it doesn't make any big difference, and sometimes a guy like Rojas fights harder after eight rounds. Rungvisai is there to meet him, though, and sticks to what has worked so far. This results in Rojas not fully going for it yet, and more falling back into the same traps that have beaten him thus far. Rungvisai 10-9, Rungvisai 88-83

Rojas even more spirited this round, and landing some good stuff in close and at range. This is Rojas' best round in the fight thus far, and he's just going for it at this point. Great stuff from Rojas, who seems to know he either needs a stoppage or something really special otherwise. Just a consistent attack in this round. Rojas 10-9, Rungvisai 97-93

Rojas continues to press the action, with Rungvisai doing a little more this round to combat him, but not enough to take the round. Lucky for Rungvisai, he put a lot in the bank earlier in the fight, and now can afford to, in some ways, simply survive the Rojas charge. Rungvisai also looks like moving around this much this late is taking a small toll on his stamina, but that's nothing unusual for a fighter. And he's done a better job this round of not getting hit quite as much. It's definitely Rojas' round, but Rungvisai isn't getting as beaten up as he did last round. Rojas 10-9, Rungvisai 106-103

Rungvisai again on his bike this round a little bit, but trying to stick in some right hands, too. Rojas lands a good one, Rungvisai ties him up. Basically Rungvisai is now trying to avoid getting hit with anything big, which means not opening up offensively himself, and keeping Rojas tied up when he can get him close. But a counter right from Rungvisai is pretty nice. Rojas missing most of the big shots he's throwing, but he's the one pressing and being aggressive, and he is landing enough to take another round. A good effort in the closing rounds from Rojas, but not enough. Rojas 10-9, Rungvisai 115-113 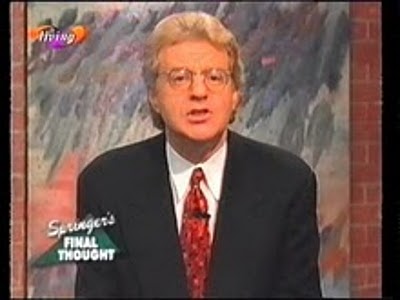 Rungvisai (19-5-1, 7 KO) is still a bit of a mystery as far as his future goes, because there's good and not-so-great here. At 22, his only loss since leaving his teen years was last year to Pongsaklek Wonjongkam, the legitimate flyweight champion of the world, and he gave the veteran champ all he could handle in that one. The thought was that perhaps Pong was getting old, or maybe didn't take Rungvisai very seriously. After this win, I'm sure that nobody will take Rungvisai lightly again. He's not a world-beater, and he has some flaws. For one thing, he's got very little punching power, as he never even really stung Rojas in this fight, and he doesn't seem to excel in any area. He's smart, but if someone fought him consistently the way that Rojas did late in the fight, can he overcome that? He's also small for the 115-pound division.

But he's a gritty, tough little fighter, too, and he took advantage of Rojas' mistakes, and looked very good slipping so many punches, and playing some very good defense throughout the fight, including late, when he just needed to hang on. You can't blame a fighter for essentially running out the clock, as Rungvisai definitely did in the final two rounds. He's a 22-year-old kid looking to call himself world champion, and now he can.

Rojas (36-13-1, 24 KO) has been up and down throughout his career. Some nights he looks like a top fighter. Some nights he does not. Like Rungvisai, he turned pro early, took his lumps, and became a better fighter. He's only lost twice since 2007, and he keeps a very busy schedule. He also didn't make excuses after the fight:

"Yes, he won. It was close, but I know he won. He moved well. I was in good shape. I knew nothing about him. He surprised me. I had no idea he was so good. Well, congratulations to him, but I would love a rematch."

It may not happen immediately, but if the two keep moving forward and winning, a rematch would be worthwhile. It would be interesting to see if a better-prepared Rojas could fight earlier in the way he did late, and if he did, if Rungvisai, not content to be holding a lead as he was here, would meet him head-on and make for a firefight, which we did see hints of late in the third and early in the fourth round of this fight.