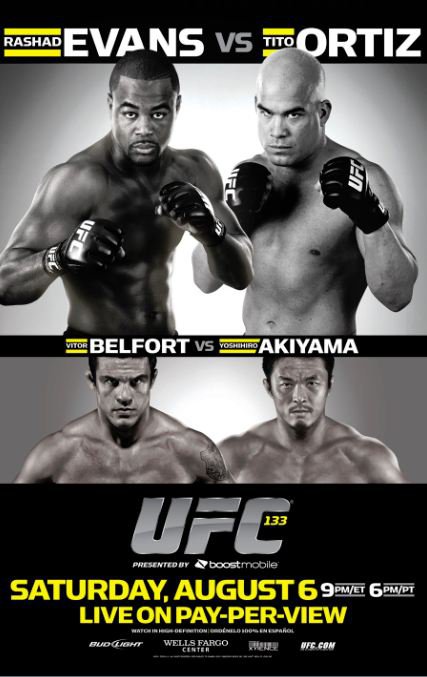 Tonight's UFC 133 event has a 205-pound main event between Rashad Evans and Tito Ortiz has had a bit of a boxing slant in the build-up, as former MMA critic, current MMA fan and reigning light heavyweight champion of the world Bernard Hopkins has offered his thoughts, and met with both Ortiz and Evans recently.

Speaking to Bernard Fernandez of the Philadelphia Daily News, Hopkins had this to say about his change in stance on MMA:

Hopkins credits MMA lightweight Eddie Alvarez with changing his mind about MMA, as he got to see Alvarez up close and personal in the gym when they shared a conditioning coach, and was impressed by the work ethic and dedication he saw.

B-Hop also offered his thoughts on the fight itself when speaking with Franklin McNeil:

UFC 133 is live on pay-per-view tonight at 9 p.m. EDT, with preliminary fights starting at 5:45 EDT on Facebook, and continuing at 8 EDT on Spike. For further UFC coverage, check out MMA Nation, Bloody Elbow, and MMA Mania in the SBN family.