Ortiz vs Berto II: Official Fight Poster For the Rematch

Share All sharing options for: Ortiz vs Berto II: Official Fight Poster For the Rematch

On February 11, live on Showtime from the MGM Grand in Las Vegas, Victor Ortiz and Andre Berto will stage a rematch of their acclaimed 2011 battle. Here's the official poster. 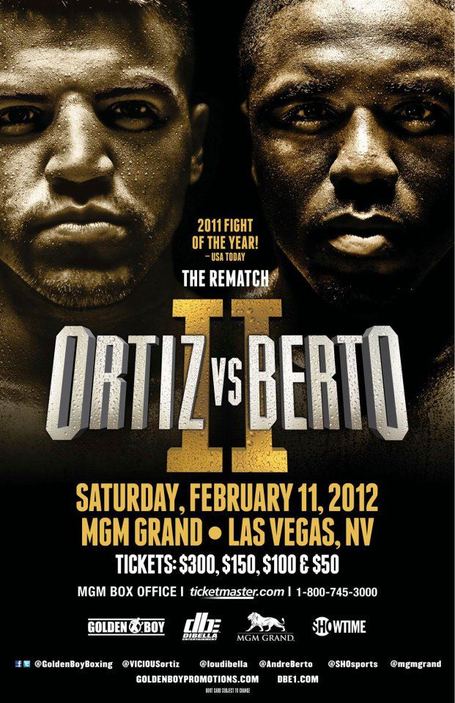 This is a fight I feel is sort of flying under the radar right now, but I'm expecting there to be some buzz around it when fight week comes. The first fight was truly fantastic, a legitimate Fight of the Year contender in 2011, and there's no reason at all to think they can't repeat that. Neither fighter has much defense and I think you're always going to see a shootout with these two guys.

Showtime has promoted the fight well on the network, and pushed it very hard during the free preview weekend. I really hope this fight gets the attention it deserves. I almost feel like even a lot of the people who normally would care are sleeping on this one.