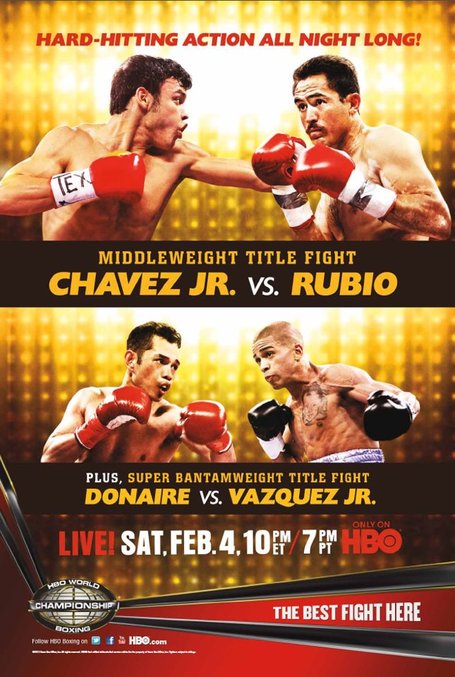 I rarely prefer the HBO posters to the promoter posters, when promoters release one, but the Top Rank poster for the show is so ungodly busy and color vomit-y that I have to give the nod to HBO here -- for a modern fight poster (which is mostly just an online image, although I guess bars still get posters if they carry fights, not that I'm somewhere where I'd encounter this in my real life), this is pretty straightforward and simple. It would only be better if Vazquez had red gloves on like everyone else, matching the poster's color scheme better.

This show will be the focus of our fight coverage for the coming week, as it's the first HBO show of 2012, the first fight on the network since December 10, and is the first major card on U.S. TV this year.