Lightweight contender Kevin Mitchell set out to "get in rounds" today against easy tune-up opponent Felix Lora, and that's exactly what he did, lounging his way to a 10-round unanimous decision victory on a 98-92 score from referee Richie Davies.

Mitchell (33-1, 24 KO) came in with the intention of tuning up and nothing more, but had to work extra hard to run around the ring enough to make sure he got the amount of rounds he wanted. Lora (14-9-5, 8 KO) posed no challenge whatsoever, as the crude, haymaker-throwing Dominican (now based in Spain) had little to offer against a world class opponent, but did at least try to make it a fight.

It was all a bit comical by the fifth round. Having knocked Lora down by accident with a counter left in round two, Mitchell purposely refused to go for the finish, which led to BoxNation's commentary team desperately reaching to make it out as though Lora, 27, had amazing powers of recuperation and had simply been too strong for Mitchell to stop. Enzo Maccarinelli particularly strained to describe the action as though it were a legitimate competition between two men who could win the contest, repeatedly banging on about how "strong" Lora was, and attempting to describe, particularly in the fifth, Mitchell's refusal to engage for fear of knocking out Lora too quickly as "good boxing." In that round, Mitchell literally ran around the ring so much that he eventually slipped. He was doing laps in there.

It was a farcical fight, basically glorified sparring that would have been better left in the gym. I'm not entirely against tune-up fights, but these fights where you're putting in top of the line guys against absolute no-chancers just isn't entertaining for anyone who cares about boxing more than "I like that man because he is from my city, state, county, region, country, or whatever!"

At least in this instance, though, there is an ultimate plan, as Mitchell, 27, will almost certainly be facing WBO lightweight titlist Ricky Burns, should Burns get past Paulus Moses on March 10.\ 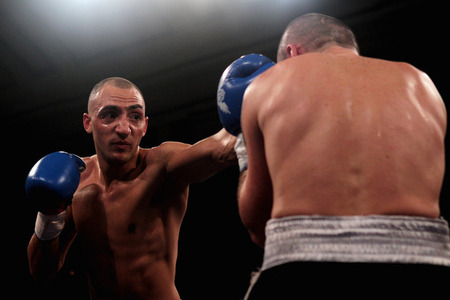 Welterweight prospect Bradley Skeete improved to 7-0 (2 KO) with an easy eight-round win over trial horse Laszlo Komjathi (43-38-2, 16 KO). The 36-year-old Hungarian has served as fodder for a lot of well-known names over the years, including Amir Khan, Andriy Kotelnik, Rafal Jackiewicz, and DeMarcus "Chop Chop" Corley, among many others. In fact, back in 1996, he was Corley's fourth professional opponent, dropping a four-round decision. Skeete, 24, said he hurt his hand during the fight, but there was plenty of criticism about his seeming inability to turn on any fire and do more than the minimum, easily outboxing the veteran. To say the York Hall crowd were bored by the end of Skeete's exhibition would be an understatement. 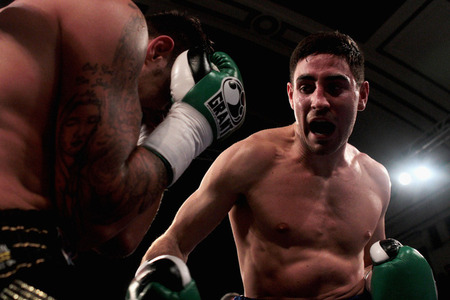 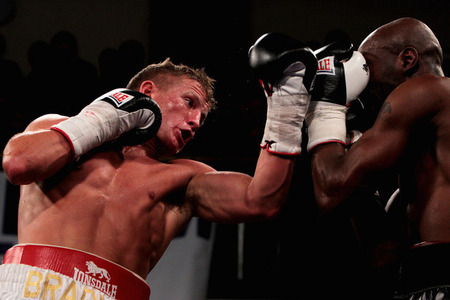 Bradley Saunders made his pro debut and perhaps tried too hard to be thrilling, though he ultimately won a third-round stoppage over Jason Nesbitt (9-140-3, 6 KO). The stoppage itself was way, way premature, and was the first time since 2008 that Nesbitt had been stopped (Gary Sykes was the last to do it). Saunders, 26, was a well-regarded amateur and is worth keeping tabs on. 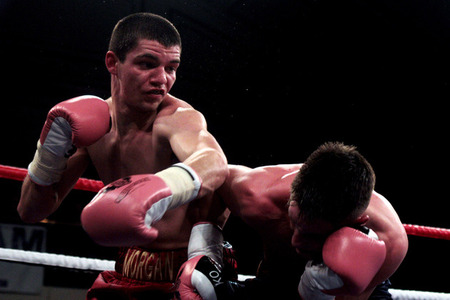 In what was probably the night's most entertaining scrap that I saw, 21-year-old junior welterweight Billy Morgan improved to 6-0 (0 KO) with a six-round win over Dan Naylor (1-8, 0 KO). Morgan is a fine young boxer, but lacks punching power in a big way, and his stamina was checked tonight, too, as Naylor pushed him hard and won the final two rounds on my card. I had Morgan taking it 4-2 (58-56), and Richie Davies gave him a 60-55 card, calling one round even. I didn't think the fight had any real debatable rounds, but obviously Morgan was supposed to win, and so he did. Let's not act like it doesn't happen.