"I'm going to go out there and do what I do best, get the job done and put on a hell of a show. To Ishida, a win over me would mean everything. It's all or nothing for him. If you want it, you got to go through hell to get it. Whatever he throws I'm going to throw five times more. I'm going to show him how American boys do it."

"I know Paul is one of the best fighters in the world but I'm going to put on a great show on Saturday night. This is a great opportunity and I'm here in Corpus Christi to win. I didn't come here to for second place." 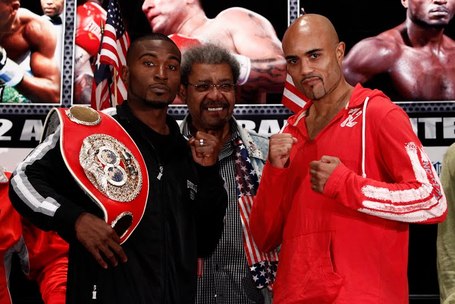 "I've been in camp for a long time. I didn't take my opponent lightly and come Saturday night there's going to be a lot of excitement in the ring. Gabriel is a good fighter, but I just don't think he can take my title. But we'll see on Saturday night."

"I'm very happy to represent my country of Spain and win a title on Saturday night. This is a great opportunity and I plan on giving Tavoris Cloud his first loss. I was a champion before and I'll be a champion again." 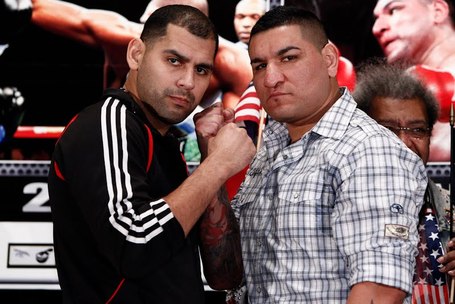 "I never disrespect anyone but my job is to take those dreams away from Molina, those dreams of beating me and moving on to a world title.

"Don King has been talking trash and it's going to be a great honor to shut his (Don King's) mouth on Saturday."

"I feel so close to home. This is the best camp we've put together and I feel more confident that I ever have. I love being the underdog. I've had 18 wins in a row since losing my first fight in the first round. After that loss I dreamt of getting a chance like this. It took a lot of work to get here after that loss and all that work is going to pay off against Arreola on Saturday."

"From top to bottom, it's going to be all action. Paul Williams is nothing but action. Saturday we're going to have a special treat in the Triple Threat. And we're happy to showcase some other guys on SHOWTIME EXTREME, which is available in more than 99 percent of homes that subscribe to SHOWTIME.

"One thing I don't have to worry about with Chris is that he's a fighter - he was born to fight. He's exciting. He likes to go for the knockout by breaking you down. And that's what Chris is going to do on Saturday night. Break Molina down and knock him out.

"Paul has consistently gone out there and took on any challenger. No one wants to fight this guy. Paul is all excitement - he throws punches and he doesn't stop.

"It's going to be super sensational on Saturday night. In the glory of the Alamo, Eric Molina has come here to persevere and knockout out Chris Arreola. In the spirit of Texas, this young man will rise to the occasion. The underdog will come and knock out Arreola. Eric has the heart, he has the desire, he has the will to win. And he has that Texas spirit.

"Everybody avoids Cloud. He is the embodiment of the sport of boxing. This cloud is coming in with devastation. He's coming out to seek and destroy.

"This is going to be a great event - it's going to be very exciting. We want to thank Dan and Paul Williams for giving us an opportunity. After he knocked out James Kirkland people were asking, ‘What's next?' We're happy to take on a fighter like Paul Williams."

"Campillo is the underdog. But the underdog will thrive and be the new champion. He will surprise everyone with an upset and a victory."