Share All sharing options for: Dulorme vs Ambriz, Gonzalez vs Lyell: ShoBox Weigh-In Photos and Quotes

On Thursday, the four ShoBox fighters for tonight's card in Santa Ynez, Calif., weighed in and spoke about their fights. 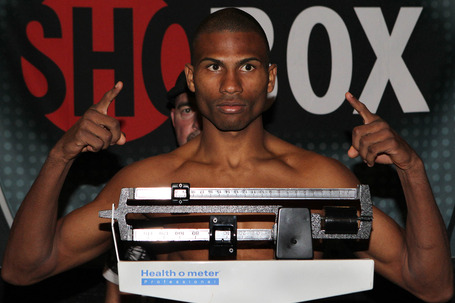 "I'm thankful for all the awards I've been getting, happy to finish school for now, and honored to be on SHOWTIME. As of right now, though, my total focus is on by boxing career. One of my dreams is to make it big in boxing and then go back to school.

"I wasn't born in Puerto Rico but I've lived there almost my entire life and I feel that the people there have accepted me. In my heart I feel I represent Puerto Rico each time I get into the ring and in everything I do.

"I'm fighting a different guy on short notice but I feel good about this. I was training for a left-hander but I've always sparred against both so fighting a right-hander will be OK.

"I've gone the distance my last two fights, but they were both great learning experiences. I feel I got tested and taken into deep, deep water in my last fight against (Charlie) Navarro but I learned to swim that night.'' 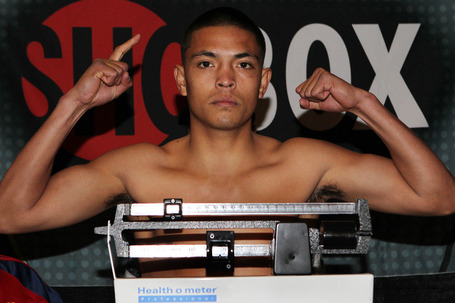 "I took this fight on one week's notice, but was preparing for a fight in early March so I am OK. My conditioning is fine. I feel really good and this is a good weight for me. I accepted the fight without ever seeing Dulorme, but I've watched tapes since and know he is a good fighter.

"This is a big opportunity for me, the biggest fight of my life, so I am going to get in there and fight hard. I know I need to apply pressure and throw non-stop punches, but still be able to avoid his punches.'' 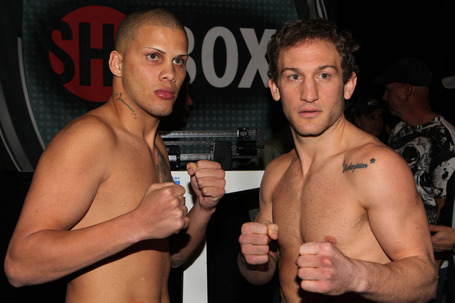 "This is my first fight since last June. I was scheduled to fight in November but got very sick and was in bed for two days. I probably still could have fought in November and I wanted to fight, but my team said no.

"I went the distance in a fight for the first time in my last fight (against Richard Gutierrez on ShoBox) and I'm happy that I did. I needed to prove to myself that I could do it. It was important for me to know I had the conditioning to do something I had never done before and that's go 10 rounds. I was happy with the fight and with my performance.

"I feel I can do a lot of different things in the ring and on Friday I will just try and fight intelligently and win the fight round by round.

"I'm in against a good, tough opponent but I work hard every day for fights like this. I want to fight for a world title by early next year.'' 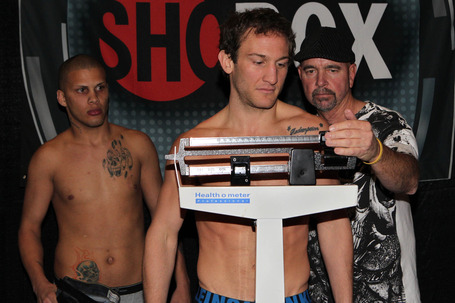 "I'd never heard of Gonzalez but I saw in tapes that he was a good prospect who can punch a little bit. I was impressed.

"I've fought so many times in the local guy's backyard, but this isn't like fighting in Germany or Mexico. It's not like Gonzalez is a hometown boy.

"I'm fighting for a ranking. One of the main things is to back him up and to be careful early. I'm fighting at a lower weight, a great weight for me, so I think I may surprise a few people with my power.