Cloud (23-0, 19 KO) won the IBF title in August 2009, defeating Clinton Woods for the vacant belt. Since then, he's successfully defended the title against Glen Johnson, Fulgencio Zuniga, and Yusaf Mack. He's never really been a strong candidate to face any of the division's other top fights (except for Johnson, who was a top guy at 175 at the time, even on the downslide of his career), and he and Don King are hoping to change that in 2012 and beyond. 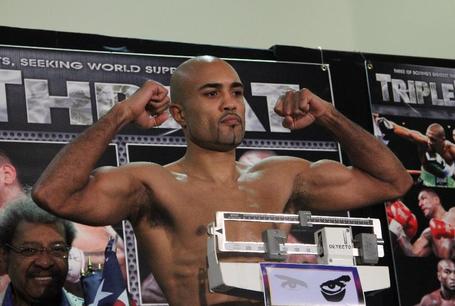 But looking past Campillo (21-3-1, 8 KO) would be a major mistake. He's one of the smartest boxers in the division, and though he's 2-1-1 in his last four, that should be 4-0, as his loss to Beibut Shumenov was a flat-out robbery, and his draw with Karo Murat was highly questionable, too.

This is a guy who can fight, and while Cloud's come-forward style will make him the favorites should the fight go to the cards as is likely, Campillo is definitely good enough to pull the upset tomorrow night, which would derail Cloud's determined march to land the big fights. 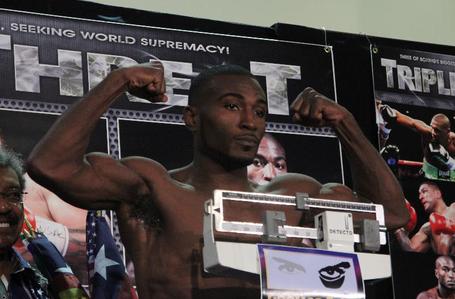 Cloud vs Campillo will be the first fight on the Showtime broadcast tomorrow night at 10 p.m. EST, following Arreola vs Molina on Showtime Extreme. Bad Left Hook will have live, round-by-round coverage of the entire show.