Tomorrow night's Showtime Championship Boxing main event will be a 12-round contest in the junior middleweight division, pitting former two-division titlist Paul Williams against Japan's Nobuhiro Ishida. No titles are on the line, as this is a fight for Williams (40-2, 27 KO) to prove himself again against Ishida (24-6-2, 9 KO).

Today, the fighters weighed in, with Williams coming in at 153½ and Ishida at 155.

For Williams, as Kory Kitchen said in a preview of the fight, this is a chance for he and the viewing audience to gauge what he's got left. He looked pretty lousy last year in a robbery win over Erislandy Lara, and whether he and his team admit it or not, there are major flaws in his game, which were also exposed by Sergio Martinez, and not just in his KO of the Year win in late 2010, either. Martinez was able to land the same shot repeatedly in their first fight, one year prior. 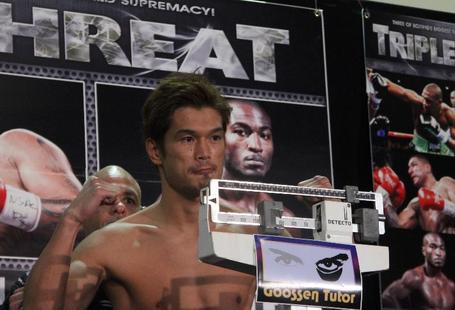 If the 36-year-old Ishida, a decent boxer but far from true world class, gives Williams a lot of trouble, then we know for certain that Paul Williams has lost some steps. Ishida really should not give Williams a big test, but as I said before, he has the tools to do so if Williams is really over the hill in the ring. He's tall, he's fundamentally sound, and he's not a stupid fighter. 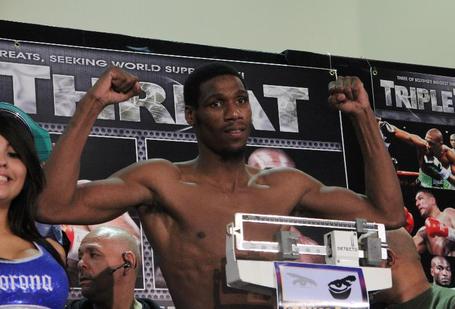 Williams vs Ishida is live tomorrow night on Showtime at 10 p.m. EST, with Cloud vs Campillo as the co-feature. The full night of action starts on Showtime Extreme at 8 pm. EST, featuring Chris Arreola vs Eric Molina.