As we discussed earlier, British heavyweights Dereck Chisora and David Haye were involved in a fight at the Klitschko vs Chisora post-fight press conference, resulting in Haye's manager/trainer Adam Booth being bloodied, and Chisora threatening to kill Haye.

Here are a couple of photos floating around Twitter from the brawl. I've got no idea at this point where these originated, so my apologies for not crediting exactly where they came from. 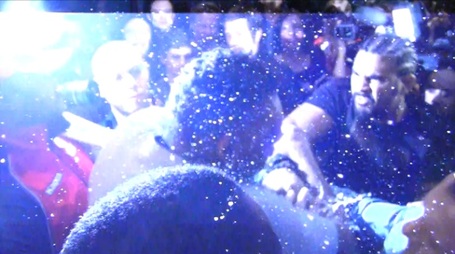 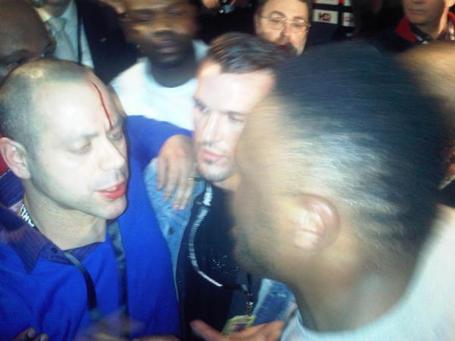 Chisora, who lost his fight to Vitali Klitschko today in Munich, claims that Haye hit him with a bottle. Chris Mannix did say that Haye swung first, after Chisora charged at him following words exchanged between the two.

It's been quite an eventful two days, from yesterday's weigh-in slap to Chisora spitting in Wladimir Klitschko's face to the fight itself and then all the arguing between the Chisora and Klitschko camps after the fight.

It's all more than a little bit out of hand at this point, and the British Boxing Board of Control is going to have to think about delivering some kind of fines or sanctions thanks to all of this. It's just a pure mess, and Chisora is at the center of it every step of the way.