Vitali Klitschko's Next Fight: At 40, Does Dr. Ironfist Have Worthwhile Challenges Left?

Share All sharing options for: Vitali Klitschko's Next Fight: At 40, Does Dr. Ironfist Have Worthwhile Challenges Left?

With all of the post-fight attention focused on the debacle that erupted between Dereck Chisora and David Haye (read Thomas Hill and Oli Goldstein for different takes on that mess), it's pretty much gone barely report that Vitali Klitschko, now 40 and starting to look it a little bit, won the big fight in Munich on Saturday, defeating Chisora by unanimous decision in a fight that he had to truly earn for the first time in a good, long while -- really, it was his toughest fight since Lennox Lewis in 2003, not that that says a lot considering some of the dominant exhibitions he's put on since then.

Klitschko (44-2, 40 KO) has said repeatedly that he's not planning to hang around boxing, waiting for someone to come along and beat him, damaging his long-term health for the sake of a good story or anything of that nature. He will retire when he sees fit, and he has indicated that 2012 will be his final year in the ring.

The idea at one point was that Klitschko would fight twice in 2012, with one of those bouts coming against David Haye, a fighter he has said he wants to knock out, finishing the job little brother Wladimir started when he dominated Haye in July 2011. But recently, talks for a Vitali vs Haye fight fell through, with the Klitschko side saying they're no longer interested, a point repeated by manager Bernd Boente on Saturday just before the Chisora-Haye madness began.

With Haye probably legitimately off the table -- his display at the press conference probably turned Team Klitschko off of the idea even further, and it's well-known that the two camps have trouble negotiating with one another -- what's left out there for the big Ukrainian? Is there anything worthwhile, or should Vitali consider a retirement even without a proper farewell fight?

The answer to the worthwhile question, I'm afraid, is no. Or maybe, "No, not really." Everyone out there who is willing to actually get in the ring with these guys, with even a remote prayer of winning, has gotten into the ring with either Vitali or Wladimir and lost, and lost clearly, often badly.

For God's sake, we've gotten to the point where Wladimir is out here trying to sell a fight against Jean Marc Mormeck, a 5'11" guy who turns 40 in June and hasn't been much worth a damn since getting getting knocked out by David Haye five years ago. Haye claimed the world championship with that win -- the cruiserweight world championship.

Mormeck since then has had a string of debated wins over heavyweight journeymen Vinny Maddalone, Fres Oquendo, and Timur Ibragimov, all on his home field in France. How that qualified him for a shot at Wladimir Klitschko is beyond me, but it's such a bad fight that it actually caused me to lose some respect for Wladimir. I always thought the brothers were too dignified to entertain a joke of a fight with Evander Holyfield, for instance; now I'm not so certain.

So who's out there for Vitali? Let's just run over some of the top (and not so top) names, and first I'll mention Dereck Chisora quickly to say I don't think there's any way in hell that he gets an immediate rematch with Vitali. 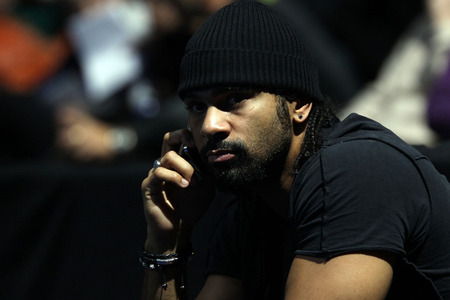 Until Vitali signs another fight, Haye's name will remain in the mix, I figure, if for no other reason than David himself will keep talking it up. Even his manager-trainer Adam Booth seems a bit tired of talking about it, sort of conceding the fact that the two sides don't get along and probably can't strike a deal.

Haye (25-2, 23 KO) sees himself as having more value than most do, really -- he has some (perhaps more than he's given credit for, since losing a crappy fight doesn't totally bankrupt your worth, contrary to popular belief), but even though he says he's not looking to make another 50-50 deal like he got to face Wladimir, is he willing to give up enough to take the fight with Vitali? Probably not. 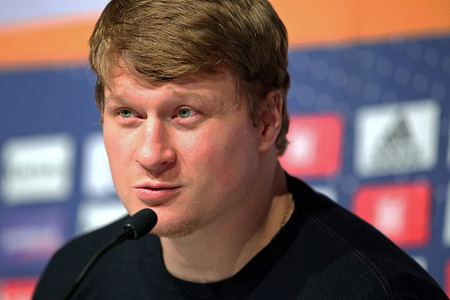 Povetkin (23-0, 16 KO) had two signed fights with Wladimir and ran away from both of them. There's no nicer way to put it -- he sat on a WBA mandatory for a long, long time, and never did anything with it. Eventually, he got to win the "regular" WBA belt, which was created after Wladimir was named "super" champion by virtue of defeating Haye.

Povetkin faces top cruiserweight Marco Huck this weekend in Germany, which could be a tougher test than he's expecting. He's recently split with trainer Teddy Atlas, and has been one of the most protected guys out there since turning pro. He's 32 years old and they're still going on about him not being "ready." He's not going to fight one of the Klitschkos. Their plan is clearly to wait them out and claim the kingdom when they leave.

Mitchell (24-0-1, 18 KO) has created a buzz as a strong, in-shape, charismatic, hard-hitting American heavyweight. That's good. We could use one of those. It's good for everyone. And Seth seems like a really great guy. He's also smart, and he knows this to be true: He's not ready to get in a ring with Vitali Klitschko. Mitchell will return on April 28, the HBO co-feature fighter to the Hopkins vs Dawson rematch in the main event. At 29, Mitchell has made incredible strides for a guy who is still in many ways just learning the sport, having transferred from football, and he's got legit upside. But a fight with a Klitschko is a long way off.

Arreola (35-2, 30 KO) already fought Vitali once, but he's in better shape now than he was then, both physically and, I would say, mentally. Arreola seems as psychologically rehabbed as he does slimmer these days -- he seems to have a real confidence about himself. Most of the Arreola talk has been about him fighting Tomasz Adamek again, which is a terrific fight, or facing Wladimir. But maybe he'd like another shot at Vitali. In fact, I'm certain he would. He's affordable, he'd probably be willing to go to Germany for it if necessary, and he'll always make it a fight.

Arreola also fought and won on Saturday, knocking out Eric Molina in the first round. 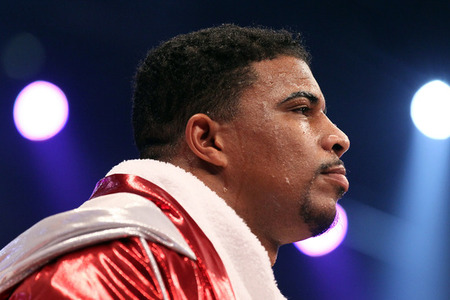 The chunky Cuban still hasn't fought since his knee injury KO-1 loss to Vitali last March, but says he's fit and ready to go after having knee surgery. A couple of dates have fallen through. God knows what kind of shape he's in, but there are still people who swear that Solis (17-1, 12 KO) was having serious success in that 2:59 of ring time against Vitali. Tools-wise, he has the right stuff to be a risk. But is he physically good enough, and does he care enough?

There are plenty of other names, but none of them are even as worthwhile of a glance as these guys. And to answer my own second question: No, Vitali should not retire without a proper farewell. He's earned all the fanfare of a big stadium sendoff, and if he's going to leave the sport, he should do it up with one final fight.