Share All sharing options for: ShoBox: Vargas vs Tyner, Latimore vs Nunez - Weights, Quotes, and Photos

Tonight's edition of ShoBox: The New Generation features a couple of Floyd Mayweather-promoted fighters in a double-header from the Hard Rock in Las Vegas, with Jessie Vargas taking on Lanardo Tyner in the welterweight main event, and Deandre Latimore facing Milton Nunez in a catchweight bout just north of junior middleweight.

Here are some quotes from the fighters heading into tonight's card, which will be covered live here at BLH, immediately following ESPN Friday Night Fights, which starts at 9 p.m. EST.

"I'm looking for a win and I'm looking to win impressively but, yes, I look at it as a challenge to be the first to knock down or stop Tyner. 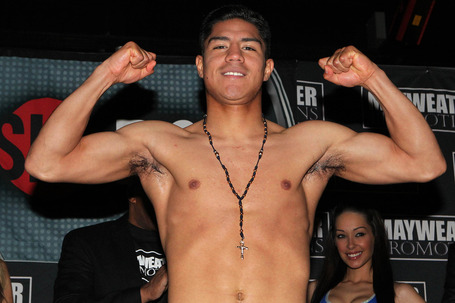 "My last fight against (Jose) Lopez was close, but I definitely felt I won, no doubt about it. I landed many more punches than he did, but it was also a great learning experience and I am always looking to progress and improve. It meant a lot to me to know that I could go 10 hard rounds.

"My dream is to become a great fighter and this is the next step. He may be the shortest guy I've ever been in with, but we brought guys in like him for sparring so I'm ready.'' 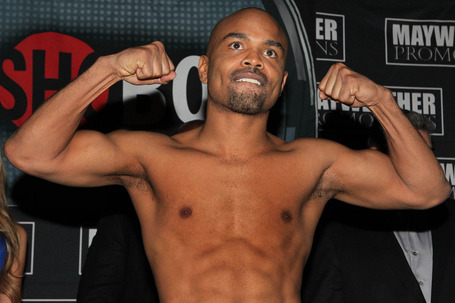 "I'm really in good spirits and ready for a fight. The key, as always with me, is to relax.

"I've had some fights that I have legitimately lost in my mind and others that I know I won but got robbed in them. That's why I am so glad that this fight is on Showtime. That way, if they take the decision from me, the world will see it. Some of my fights, no one except those in the arena have seen.

"I don't know a lot about this guy, but I like to fight the guys with the bigger names. I'm used to fighting taller guys so that will not be a problem.

"I come to fight and try hard to win. I've never been hurt or knocked out. I'm really jealous of guys like Vargas, someone who has a big promoter and has a good but built-up record. That's why I want this fight so badly. I want to get a promoter so I can be in that position, too.'' 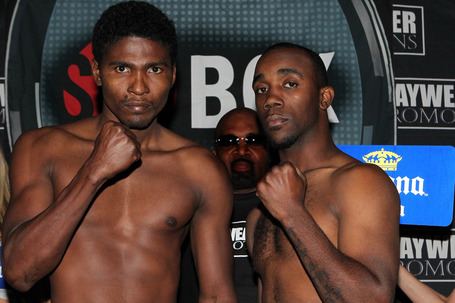 "For the first time, I really feel I am back on track. I have a new promoter and a new trainer (Jeff Mayweather). I am ready to keep pushing like never before and go get that world title belt. The past is past and nothing I dwell on anymore.

"I expect to fight a few times a year instead of once or twice. I'm happy to be fighting again and I know I need to fight more so when the title fight comes again, I'll be ready.

"Jeff is really bringing out the best in me. For this fight, I think composure is a key and that I need to be patient. Jeff is getting me to try and box more, but if I have to brawl, you know I will.''

"I took this fight on short notice, but I had been in the gym training for a fight, so I feel I am almost 100 percent.

"This is a big opportunity for me and I feel they've made a mistake by fighting me. I consider him an ‘A' fighter but I'm confident and believe I am good enough to win this.

"A win and I will be right back in line for a world ranking and another shot at a world title.''