Devon Alexander's Next Fight: Options Are Open at 147 With Golden Boy

Share All sharing options for: Devon Alexander's Next Fight: Options Are Open at 147 With Golden Boy

Following last night's dominant, one-sided win over Marcos Maidana, Devon Alexander has plenty of options and some confidence from his new promoters at Golden Boy as he embarks on his campaign in the welterweight division.

"That was not just a win tonight, that was a statement," said Golden Boy CEO Richard Schaefer at last night's post-fight press conference. "That was a statement in the 147-pound weight class. I know there were people out there who doubted Devon Alexander. Some of them gave up. We knew how special Devon Alexander is and tonight he proved it to everyone. And I really don't see anybody at 147 who he cannot beat.

"The good thing is, at 147, most of the fighters, most of the champions, are actually within Golden Boy's stable. So we have big fights, big plans for Devon Alexander. I have no question that eventually he will get the big fight as well, and we all know who that is."

For the record, Schaefer's claims are good for the hometown folks who don't really follow boxing or much care about anything, but the truth is that Golden Boy has two notable welterweights: Victor Ortiz and Floyd Mayweather Jr, the latter not a signed Golden Boy fighter, but essentially a signed Golden Boy fighter, so they do have one titlist and one of the two true big names (and the "the fight" that Schaefer is referencing).

Other than that, the 147-pound titleholders are Manny Pacquiao (WBO, Top Rank) and Vyacheslav Senchenko (WBA, Union Boxing), with the IBF belt currently vacant pending a fight between Mike Jones (Top Rank) and Randall Bailey (DiBella).

But they do have Paulie Malignaggi set to fight Senchenko on April 29, but Malignaggi is over the hill, and Robert Guerrero will make his welterweight debut on July 28 against Selcuk Aydin. They will also soon have Amir Khan moving up, whether or not Khan beats Lamont Peterson in their May 19 rematch at 140 pounds.

Those guys are part of it, so let's break down Alexander's options going forward with Golden Boy. 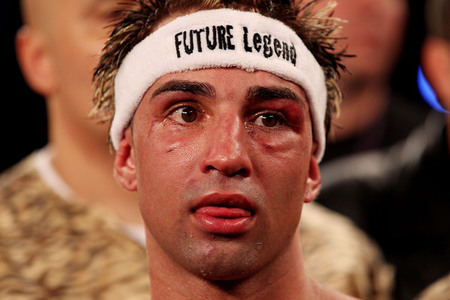 Alexander vs Malignaggi was discussed previously, but the fight didn't happen, even though Paulie swam around insulting Devon and everything.

Malignaggi (30-4, 6 KO) has the Senchenko fight to worry about now, and no matter how much he figures to cry robbery if he loses, chances are pretty good that Malignaggi is straight up going to lose to Senchenko. The best you could figure it if you don't just know Malignaggi's name and assume he's as good as he was five years ago (he's not close) is that it's a 50-50 fight, which is kind to Paulie. He's not a welterweight, he still can't punch, his career always figured to have a short prime (and did, and it didn't even reach any really notable heights), and his legs aren't what they were before, which kills his game. Both of his wins in 2011, over Orlando Lora and Jose Miguel Cotto, were unimpressive. At 31, he's past his peak by a good bit, and his peak wasn't even that great. Even at his best, he would have had trouble with someone like Alexander, and I'm not even talking about last night's Devon or the Devon who beat Juan Urango. 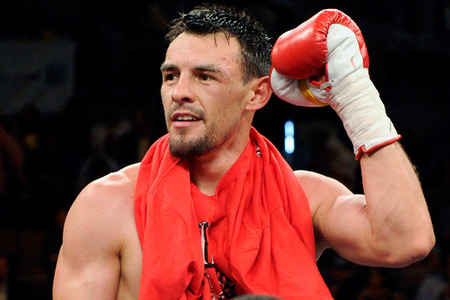 Guerrero (29-1-1, 18 KO) tried to go from the nice townhouse to the penthouse by calling out Floyd Mayweather Jr, and then Shane Mosley, and then Victor Ortiz, and then saying Paulie Malignaggi wasn't Showtime or HBO approved, but now he's going to fight Selcuk Aydin on Showtime. Good for him -- it's a nice measuring stick fight, a more than worthwhile comeback fight, and Aydin is a legit fighter if not great.

But what will he do after that? He's going to want a big fight. This is a guy who hasn't exactly had the chance to pile up money in his pro career, as he's not only not had any big fights, he also has just had one damned thing after another happen outside of the ring. He's a good fighter and a nice guy, but whether he likes it or not, he still has to prove something at welterweight. If he convincingly beats Aydin, then sure, I think Alexander-Guerrero is a damn good fight for both sides. 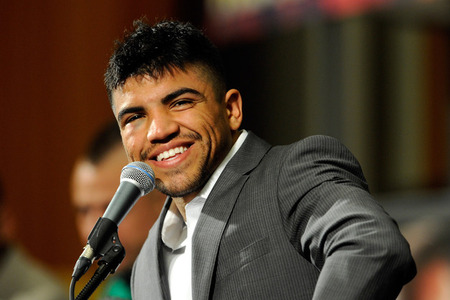 With these two set to hook it up again on June 23 in Los Angeles, the winner will be in line for a potential big fight against Floyd Mayweather Jr, at least in theory (Canelo Alvarez probably has dibs when Mayweather fights again in 2013, as he would seem unlikely to fight twice this year, and we're assuming Mayweather beats Miguel Cotto on May 5).

Ortiz (29-3-2, 22 KO) fights anybody Golden Boy lines up for him at this point. Like Alexander, there are things to dis about Ortiz, but Alexander has fought six straight good opponents, and Ortiz has shown his willingness to mix it up with top guys in his last four, counting his next one, after a rehab string following his loss to Maidana in 2009.

Berto (28-1, 22 KO) just seems like he's gained the common sense and taken schedule criticism to heart, and is willing to fight anyone he can. After he lost to Ortiz, he lined up a fight with Jan Zaveck, which some people scoffed at but others knew would be no walk in the park, and Zaveck gave him a good run before a cut stopped it last September. Now he's back in the mix with Ortiz again, both needing a win. If Berto beats Ortiz and can't make a bigger fight, the two could do it a third time, or Devon Alexander could be a good next opponent. 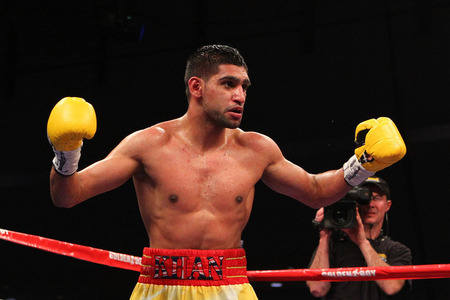 Khan (26-2, 18 KO) will be finishing up his run at 140 pounds on May 19, one way or the other. If he does lose, he'd probably look for some get-well fights first. But if he wins, Alexander would be an intriguing option for him at welterweight. They're both quick, both have their flaws, and both can't afford any more bad performances. Plus, they'd be potentially fighting for a crack at Floyd Mayweather later on, a fight we know both of them would love to make, and one Khan has talked about at length.

Last night was Devon Alexander's first "legit" win in a good while -- almost two years. He answered some critics, but many still have questions about what will happen when he's in with a better overall fighter than Maidana, who admitted that he struggled with his own experimental move to 147 pounds. Alexander, with Golden Boy, is finally in a position to easily make all the fights he might want. What can he do from here on out? We'll wait and see, but he should be able to secure something interesting next. Or at least a fight with Malignaggi.