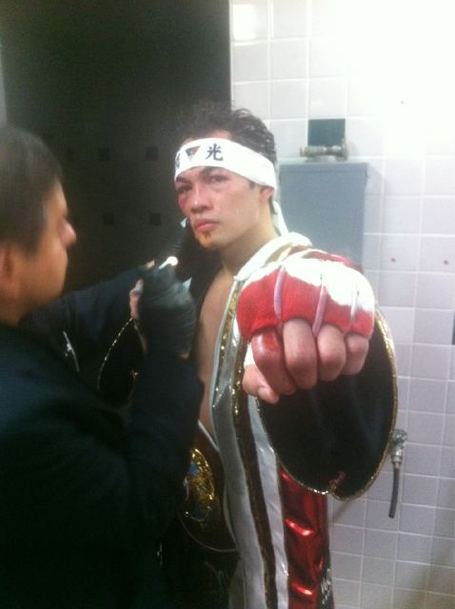 The extent of the injury still isn't known and likely won't be until tomorrow or Monday, whenever they get around to releasing the info, but Donaire said after his win over Wilfredo Vazquez Jr that he injured it in the early rounds of the fight. He still swung his left hand frequently and didn't appear to have any huge issue with using it, so hopefully the injury isn't that bad, but it's obvious something went wrong.

Donaire (28-1, 18 KO) definitely didn't have a breathtaking debut at 122 pounds, but in another way, Vazquez (21-2-1, 18 KO) proved he can fight better and smarter than he did against Jorge Arce last year in his upset loss to the Mexican warrior. Donaire put him down once, but Vazquez recovered well, and for much of the fight had good enough defense and careful, measured enough offense to keep Donaire from really using his natural physical gifts, and it was clear very early on that Donaire was a more well-rounded, far faster fighter than Vazquez.

We'll have more on the Donaire injury when something is known.