Pacquiao vs Bradley and Mayweather vs Cotto: What's the Better Fight?

Share All sharing options for: Pacquiao vs Bradley and Mayweather vs Cotto: What's the Better Fight?

Manny Pacquiao and Floyd Mayweather Jr are, as always, at the forefront of basically all boxing discussion. Though the two pound-for-pound standouts won't be facing one another, they have both signed up for fights that have a lot of people talking, and do present some challenge.

Pacquiao has agreed to terms to face Timothy Bradley on June 9, which was reported earlier today. Mayweather will face Miguel Cotto on May 5.

So what's the better fight? Which one are you most looking forward to? 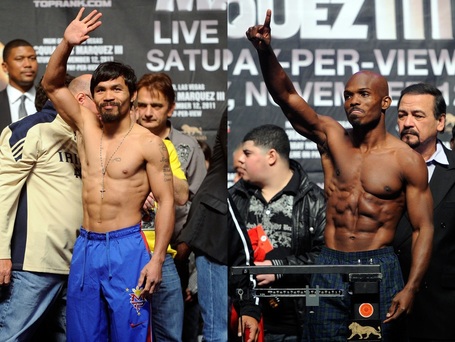 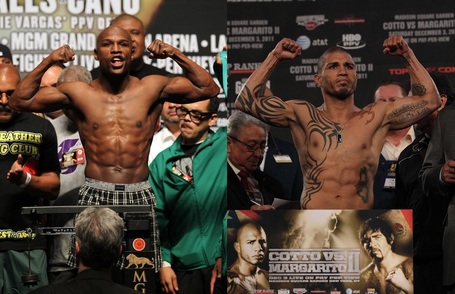