Yesterday at the weigh-in in San Juan, Salido came in at 126 pounds on the button, with Lopez at 125¾.

Showtime Extreme will feature two bouts from the undercard as well, with a third swing fight if there is time.

After the jump: Photos from the weigh-in.

All photos by Amanda Kwok/Showtime 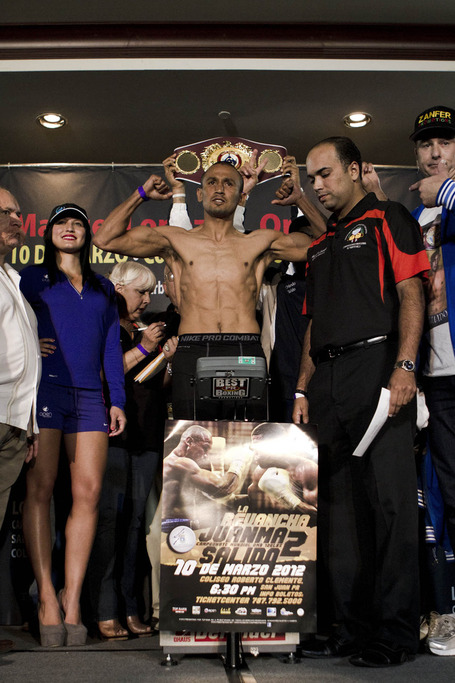 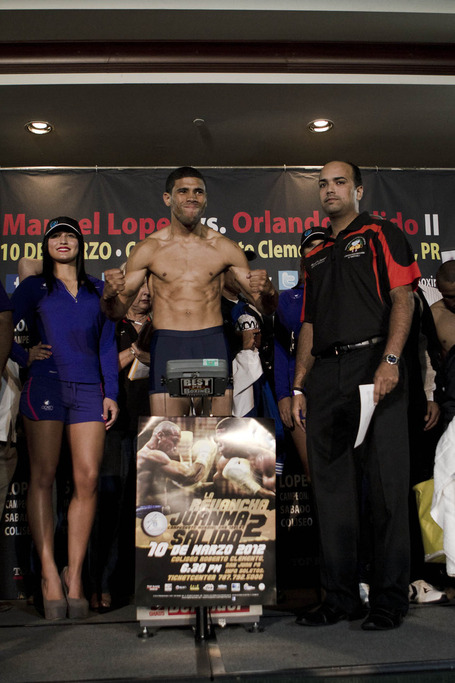 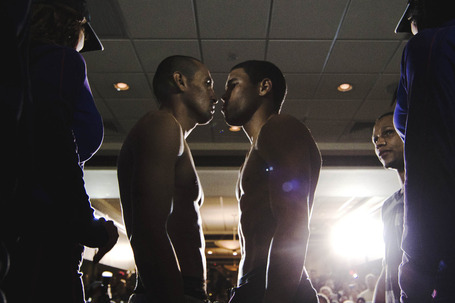 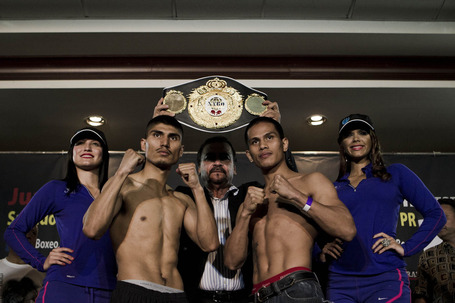 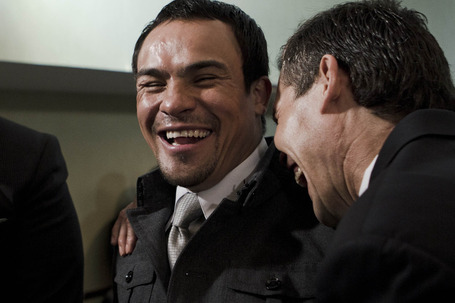